The News Movement, Social News Product For a Young Audience, Launches In U.S. 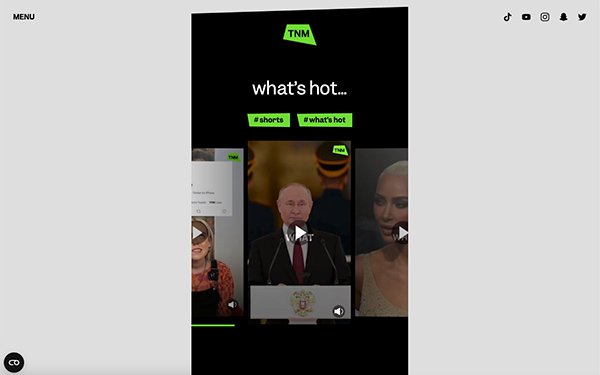 The News Movement, the social-first news media company serving Gen Z, with new ways of delivering news, has launched in the U.S. after producing content in beta live for 10 months.

As part of the U.S. launch, The News Movement has partnered with music creator platform UnitedMasters to provide a soundtrack to news stories with songs available on UnitedMasters.

Lewis adds, “Ahead of the midterms and Presidential elections in the U.S., it has never been more important to fight against misinformation and  we’re looking forward to working with other media companies and businesses who share our mission."

Kamal Ahmed, co-founder and editor-in-chief, adds that “journalistic rigor is at the heart of what we’re building at The News Movement. We are excited to combine this rigor with new creative storytelling techniques to reach younger audiences.”