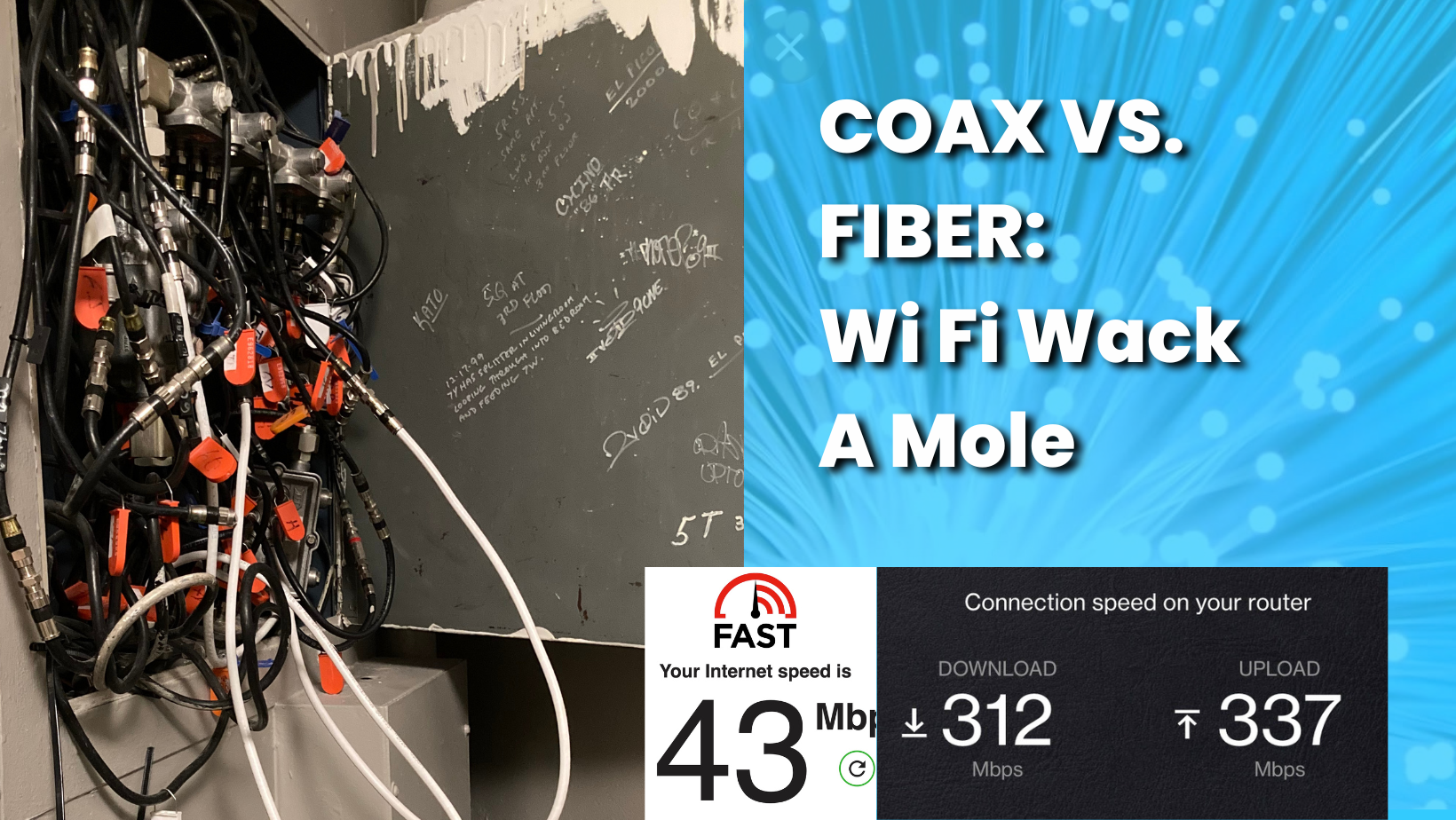 It started easily enough. After years of having broadband cut out during the day, I called Spectrum and the technician told me that I was losing service about 84 times a day. It might be that a squirrel had chewed the coax. No matter that I live in an apartment, I agreed to have a service tech come and inspect for s squirrel damage.

The next day the service tech came to the apartment. and found a nest of old coax, a type of braided wire that they no longer use. He said the entire building needed to be rewired.

The next day I was on the phone with Fios. They had brand-new fiber in the building, the price was competitive, and they could come the next day. I noticed online that there was an offer of free installation, and the pleasant rep said that she had to speak to her manager. Moments later, she was back. She couldn't remove the install price of $99, but she noted in the record that if I called in after the service was installed, they would rebate it back.

I got a long stream of pleasant texts welcoming me to Fios, letting me know that an installation tech had been assigned, and then updates as they rolled the truck and as they arrived. It was rather seamless. Meanwhile, not a word from Spectrum after its unsuccessful attempt to repair my service.

The Fios team was pleasant and fast, and within two hours I had new high-speed fiber. Very modern and, fast --  in the living room. But, somehow it didn’t reach the bedroom. So TV and internet were now covering only half the apartment.

What followed was five days of phone calls, router re-starts, channel changes, and more phone calls. After each call, a text “how did we do” and then, the service remained unworkable. Mostly it seemed like a game of wireless whack-a-mole. And, each call would be answered with a warning that they were experiencing “higher than normal” call volume and they could call me back, without losing my place online. Each time, I agreed, and then they would call me back an hour later and transfer me to a queue that was no less than 20 minutes long.

As anyone who’s been engaged in an extended list of phone service calls knows, Dante's circle of hell in the phone queue is one of life's great indignities.

Finally, at the last straw -- and my 5th call -- I asked to have the installation guy back. The operator agreed, and the call was scheduled for the next day. The text messages had become less cordial, warning me that the repair call could incur a charge, that my first bill was read, and that the supposed rebate of the installation fee hadn’t been applied.

My initial love of Fios was rapidly vanishing. Then, service call number two. Within five minutes the tech flipped a switch, and there was 300 Mbps across the apartment. I told him that I’d gotten about eight automated service calls, offering to fix the slowdown remotely, but each of them failed. He said he was sure that automated repair would never work.

It seems that Verizon would like to automate the texts, and digital repairs, the unplug and plug-in modem routine. But at least for now, a human is what it takes to do the trick.

That day, I returned the modem and router to Spectrum. The nice woman behind the desk took them back and shut off  service without any questions about why we were changing. She did try and sell me Spectrum Mobile, the service the company seemed  -- at least from a marketing perspective -- more interested in. No matter that Spectrum Mobile is just a reseller of Verizon’s towers.

That would be a mystery to be solved another day.