Coffee Chains Gear Up For Holidays 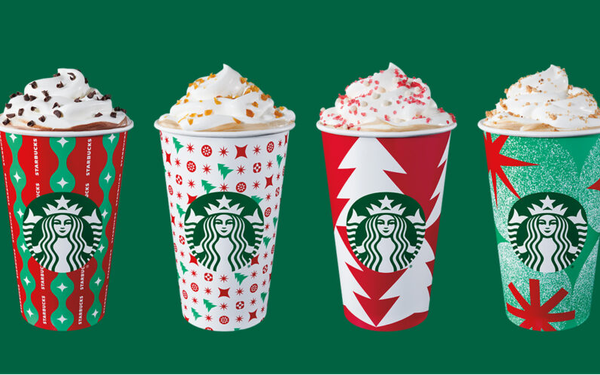 Starbucks is embracing the holidays this year, as well as celebrating the 25th anniversary of the chain’s red holiday cups. Meanwhile, Dunkin’ is introducing new drinks for the holidays.

Starbucks also introduced the Pumpkin Spice Latte in late August, which led to the highest sales week in history for the chain, according to a report in Axios. Starbucks is also expected to give away free reusable cups sometime in November for what’s known as Red Cup Day. Last year, the date was Nov. 18. This year’s date hasn’t yet been announced.

Dunkin' is also bringing back its Cranberry Orange Muffin.

According to data intelligence platform Placer.ai, both chains saw foot traffic spike "in correlation with the fall-themed menu releases," and this year was the biggest jump in three years.  Starbucks foot traffic was up 27.5% for the seven days following its launch, compared to an average week, and compared to a rise of 14% in 2019. Dunkin' also saw a jump, up 9.5% in 2022, compared to 6.7% in 2019.