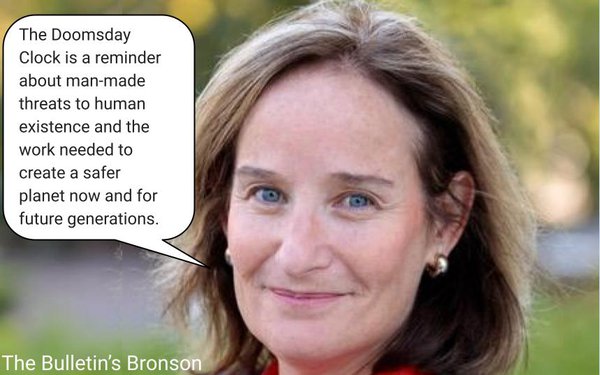 Amid reports that Russian military commanders have been discussing using "tactical" nuclear weapons in Ukraine, The Bulletin of the Atomic Scientists this morning announced it has already begun discussions about resetting the time of its "Doomsday Clock" ahead of its annual event, currently planned for Jan. 24, 2023.

A formal announcement of the Doomsday Clock update event is not expected to be distributed until early January, but The Bulletin said its Science and Security Board has already begun deliberating about the clock's setting, citing the tensions surrounding Russia's invasion of Ukraine and increasingly loose talk about the use of nuclear weapons.

For the past two years the Doomsday Clock has been set at 100 seconds to midnight, closer to midnight than ever in its history (see photo of this year's unveiling below).

The Bulletin last updated the Clock time in January, a month before Russia launched its invasion of Ukraine.

“The Doomsday Clock is a reminder about man-made threats to human existence and the work needed to create a safer planet now and for future generations," Rachel Bronson, president and CEO of The Bulletin, said in a statement, adding, "The Bulletin of the Atomic Scientists’ Science and Security Board is deliberating where the world currently stands compared to last year, and the past 75 years of asking this question.”

The Bulletin of the Atomic Scientists was founded in 1945 by Albert Einstein, J. Robert Oppenheimer, Eugene Rabinowitch and University of Chicago scientists who helped develop the first atomic weapons in the Manhattan Project. The scientists felt that they “could not remain aloof to the consequences of their work” and worked to inform the public and policymakers about man-made threats to human existence. The Bulletin was founded on the belief that because humans created these problems, we have the obligation and opportunity to fix them. 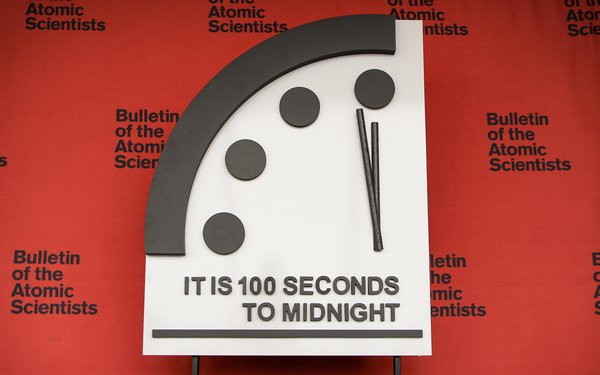