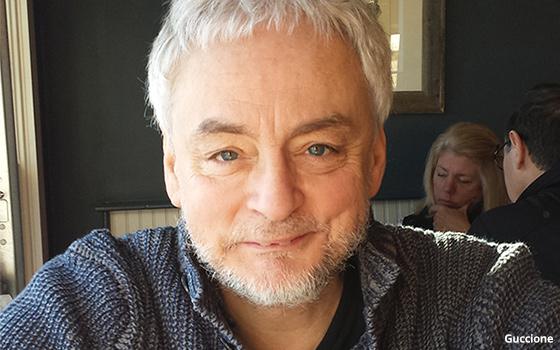 More periodicals are moving away from print. And the remnant that remains faces declining ad sales and readership.

Another problem is distribution. There are fewer newsstands, and distributors are imposing non-negotiable price increases that cut into magazine profits, sources state.

In September, for instance, Hudson News Distributors informed publishers that "we are unfortunately now at the point where cuts alone cannot and do not make up for the continued lost sales and increased expenses of doing business (i.e., fuel costs, wage inflation, etc.), thus putting Hudson in danger of losing money and potentially becoming insolvent.”

So Hudson is imposing the following: Publishers were to be sent a chart showing the parameters of its new program, with a "'cents per copy distributed' fee for each publisher classification, ranging from 1 cent/copy distributed to 5 cents/copy distributed, based on that publisher’s sell thru for the most recently completed 12-month period (in this case, 4/1/21 thru 3/30/22), as well as your own specific performance and fee structure, which will also be included on that chart for your perusal.”

The letter continues that a "'Cost to Serve’ allowance will be implemented for all titles with a National on-sale date of 10/18/22 (pre-weekend, 10/13/22). Going forward, sell thru percentages will be updated every 12 months so that publishers’ most recent performane can be used in the calculation of these additional distribution fees.”

This provoked a bitter commentary from Bob Guccione, Jr., who is not now publishing a magazine, but previously ran several.

“It’s highway robbery -- price gouging,” he said. “The real story here is, you’ve got an infrastructure so broken and dilapidated, it’s impossible for print publishers to make money selling magazines. The sell-through is like 12% to 19%."

Hudson did not respond to an email request for comment, nor to confirm the letter.

Guccione claims  he was told by one distribution executive that “we’re in the non-perishable business, We have stationery, greeting cards, flower and phones. We don’t need the magazine business, so we’re going to charge you more.”

In the end, “magazines will die, and distributors won’t be missing a beat,” he concludes.

This basic outlook is shared t by other sources in the industry, none of whom would go on the record. Most are pessimistic.

“In most retailers, with the exception of bookstores and Airport terminal accounts, consumers are not going to a retail store to purchase a magazine,” said one. “They are there to buy food, toiletries, a TV, etc.”

This source continues, “The wholesalers and retailers have put so much pressure on the publishing industry to cover all their (retailer and wholesaler) costs, the publishers no longer have the budgets to purchase promotions, run reader contests, etc.”

This is aggravated by the fact that there are few distribution choices for publishers.

There are “twp dominant wholesalers (A360 and Hudson) and only 1 national distributor (CMG),” a source says. This “does not give a publisher the ability to choose the services they require and continue to get hit with additional costs from all angles. Today it is either take it or leave it.”

Moreover,  these suppliers have lost “all sense of entrepreneurship. They have become delivery agents and order takers and no longer have the drive or staff to help grow circulation.”

To be fair, the distributors are facing rising costs of their own—and a declining number of print publications. Still, publishers are turning to digital because newsstands are no longer a viable means to gain new subscribers, increase readership and as a result boost ad sales revenue.

Guccione argues, "I really believe magazine publishers have to go direct to the retailers. There are multiple channels for this and in the past national distributors had alternative distribution set up, but the publishers, frankly, didn't have the courage to make the leap. They would have been infinitely better off had they done so, and could still create those new pathways."

He also disputes what distributors are saying about cost. "Do the math! When distributors--
all two of them--say they 'have' to charge these ever escalating new fees to offset fuel and labor costs they are being disingenuous. Wages have risen, but the distributors have been consistently cutting their labor force."

Guccione adds that, "as for fuel--the gas to run the trucks to the stores--how much in real dollars has that cost gone up? (Not percentages, that's misleading.) Even if it's tens of thousands of dollars a year, the extra 1-5 cents per copy distributed adds up to hundreds of thousands of dollars a year, if not more! So the extra fees are way disproportionate to the actual costs, which I see not only as egregious but also proof that the distributors know they'll be out of the magazine business in a few years, if that long, and are grabbing as much cash as they can as they abandon the field."

One consultant takes a more optimistic view of print.

“It’s not what it used to be, but it’s still out there,” he said. “Go into Barnes & Noble, and see how much space they still give to magazines—it’s a big part of their business. Look at supermarkets and checkouts. Conde Nast is there, Meredith—there are four or five publishers still around.”

Barnes & Noble injected one hopeful note into this debate.

“Our 2023 promotion grids are now open and accepting bookings, and we encourage you to reach out with your annual plans as soon as your production schedules and budgets are ready,” it said in a recent letter to publishers.

The letter continues, “As a continued extra bonus, any publishers who maintain or increase their spend will be granted personal consultation from the Newsstand team on new product development.”

And the chain confirms that magazines are an important product line. “Our magazines in particular are the perfect complement to books because they have become so high quality and even specialized.” said Krifka Steffey, director of the merchandise, newsstand and media departments at Barnes & Noble, according to FIPP.

But here is perhaps the most upbeat comment in the recent letter: Barnes & Noble invites publishers to “please feel free to share your ideas with us and provide a heads up on upcoming issues with big sales opportunities.”

You just have to get the magazines there.

Note: Additions were made to this story after publication.