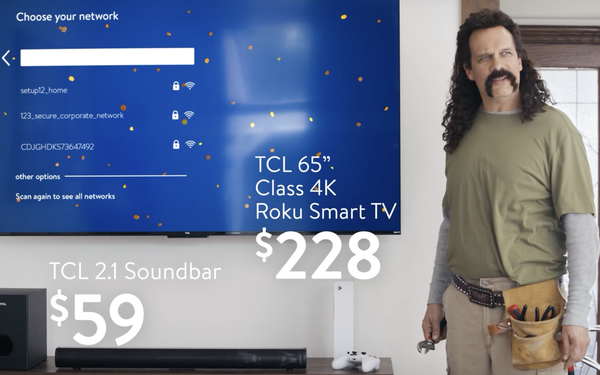 Walmart is exhuming Gen X-favorite film “Office Space” for a series of ads celebrating the time around Black Friday.

A new one, via Publicis and Lopez Negrete Communications, follows Lawrence, a character played by Diedrich Bader  in the 1999 film. In the ad, Lawrence is fixing things at someone’s house when he gets a text about Walmart’s Monday sales.

The ad uses a radio show to broadcast the fact that Walmart is celebrating Black Friday on a Monday and that Walmart Plus customers can shop online seven hours early.

Though the film is now 23 years old, YouTube commenters mostly applauded the video. One commenter asked Walmart to run this as a Super Bowl spot and another said “Best Walmart commercial ever!”