Voice Of The Consumer: Half Think Brands Are Right To Boycott Twitter 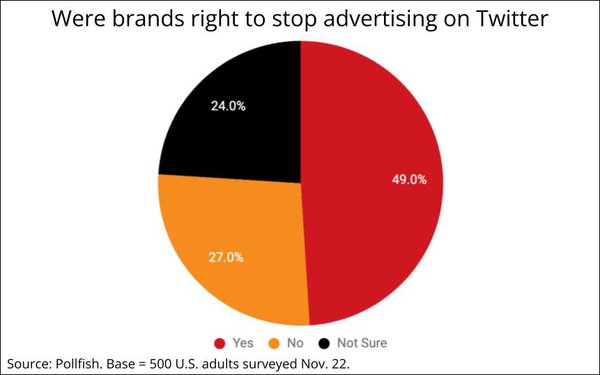 While its new owner Elon Musk has blamed pressure groups -- as well as advertisers themselves -- for discontinuing advertising on Twitter, half of American consumers believe it was the right thing to do since he acquired the company and began making it an even more toxic place for brand marketers and consumers alike.

According to a survey of 500 U.S. adults fielded by Pollfish  on Tuesday, 49% agree with the decisions of big brands to halt their Twitter ad spending, while 27% said they do not agree with their decision and 24% said they're not sure.

After initially stating that he had addressed concerns by agreeing to form a "moderation council" that would help guide what content is permissible on the platform, Musk reportedly reneged, leaving the issue of content moderation -- as well as brand safety concerns -- in limbo.

According to one in a series of blistering tweets criticizing Musk, long-time marketing exec Lou Paskalis noted the move also contradicted what Musk promised some of Twitter's biggest advertisers during his meeting with the Twitter Influence Council on Nov. 4. 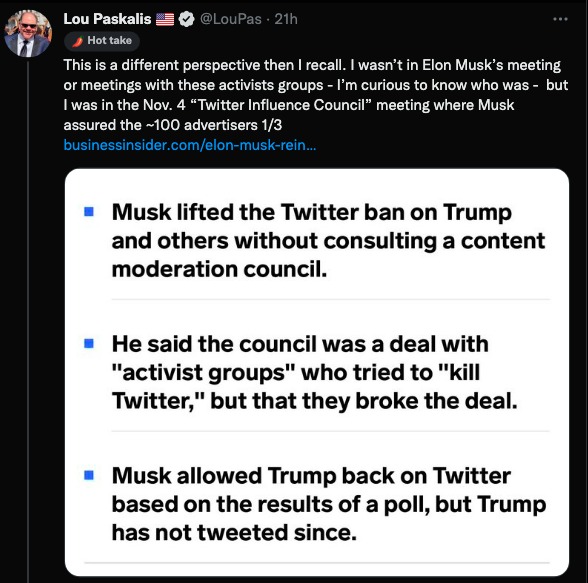 2 comments about "Voice Of The Consumer: Half Think Brands Are Right To Boycott Twitter".
Check to receive email when comments are posted.
Read more comments >
Next story loading