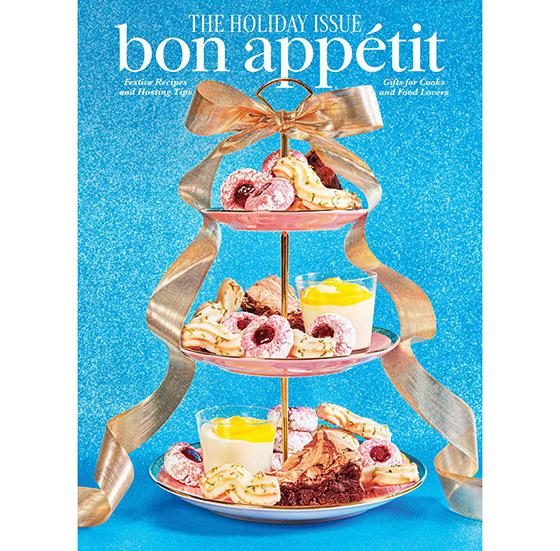 Food title Bon Appétit is moving ahead on both the print and digital fronts.

For starters, it has redesigned its print product,  effective with its December issue, and will present a new look on its website in the coming months. 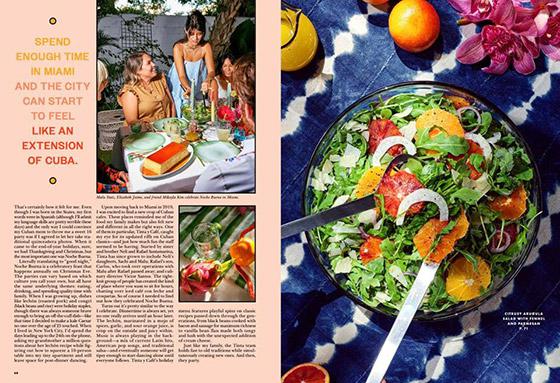 The print redesign was done under the leadership of creative director Arsh Raziuddin, working with design director Caroline Newton. The goal was ““keeping the playfulness but stripping the noise,” writes Editor-in-Chief Dawn Davis.

In addition, it has  updated its logo to give it a more elegant and contemporary look, and is unveiling  a custom typeface named Aperitif created by Jeremy Mickel, “inspired by the warmth of cookbook fonts from the 1960s and ’70,” Davis writes.

On another front,  Bon Appétit has launched a podcast called Dinner SOS. Food director Chris Morocco will work with other experts to solve kitchen emergencies for callers.

Also being introduced is a column titled Small Plates, Big Opinions. It will cover how professionals really feed their kids, 18:32:10, a rice and lentil dish that his children love.

In addition, Bon Appétit has updated its “merch shop,” and it is making all of the magazine’s recipes available in the new Epicurious app, access to which is provided free to subscribers.