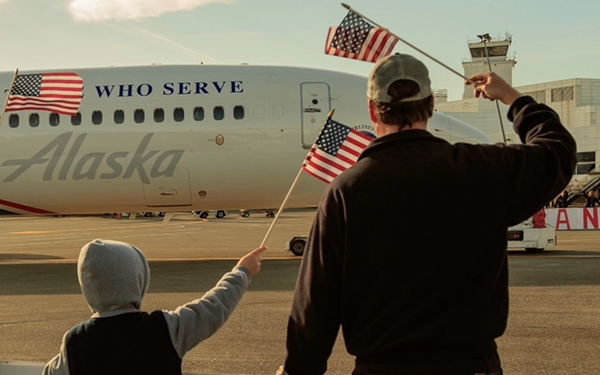 JetBlue,  United Airlines and Alaska Airlines are all supporting charities this Giving Tuesday.

United Airlines is encouraging its customers to give by matching every Giving Tuesday donation mile for mile, to the more than 130 charities on its website, up to 100,000 miles per charity.

United's Miles on a Mission has raised more than 300 million miles since its inception in 2019. Nearly 26 million  of those miles came through donations on Giving Tuesday last year.

JetBlue is donating 2 million TrueBlue points to charities in celebration of not only Giving Tuesday but also its JetBlue For Good Month.

The TrueBlue Points Donation Platform allows TrueBlue loyalty members to donate points to a variety of charities and causes, including Organization of Black Aerospace Professionals and World Central Kitchen. The airline supports 25 charitable organizations year-round through the donation platform. Each charity may use the points for travel for their organization.

Alaska Airlines is also matching all miles donated on Giving Tuesday, up to 1 million miles. This is in addition to the 1 million miles the airline is donating on its own.

So far this year, Alaska Airlines consumers have donated 39 million miles to causes like the Make-A-Wish Foundation, the American Red Cross, the Nature Conservancy and the Fred Hutchinson Cancer Research Foundation.