Mall Of America Gets 'Grinchier' Courtesy Of International Delight 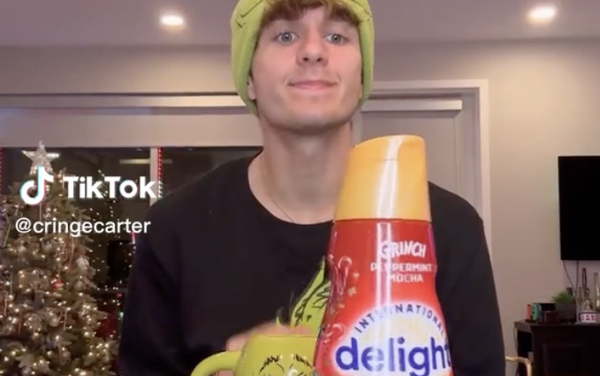 If a majority of shoppers think malls and shopping centers are the “Grinchiest” places to be this time of year, Minnesota’s Mall of America is about to get even “Grinchier.”

The event was developed after a survey for the brand found nearly two-thirds of Americans believe malls and shopping centers are the season’s “Grinchiest” destinations because of such irritants as crowds, long lines and noise.

Grinch Peppermint Mocha is one of the brand’s latest limited-time flavor offerings designed in part to lure younger consumers into the coffee category.

Introduced in 1987, International Delight experienced double-digit dollar sales growth in the third quarter of this year, according to Domenic Borrelli, Danone’s president of plant-based food and beverages and premium dairy products.

“A lot of that growth is being driven by younger consumers coming into the category looking for a coffee-house-quality experience,” Borrelli tells Marketing Daily.

On TikTok, Kench is known for posting comedic videos—including a content series last winter in which he spread seasonal cheer by dancing to holiday tunes in public spaces.

Although the book “How the Grinch Stole Christmas” was written in 1957, subsequent movies have kept the main character alive in the hearts of mainstream America.