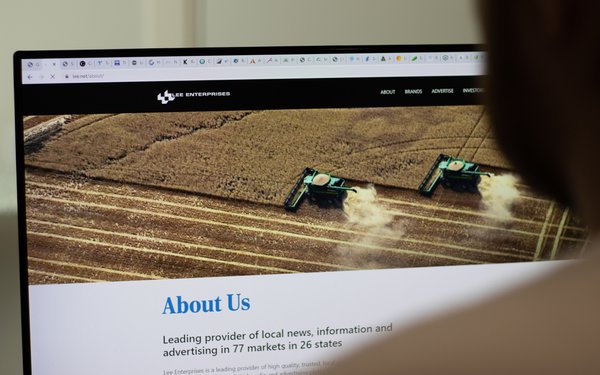 Lee Enterprises is on course with its digital transformation, judging by its Q4 and fiscal 2022 results.

The publisher, which now bills itself as a digital-first subscription platform, reported total digital revenue of $65 million in Q4, a 31% increase YoY. In contrast, overall revenue was flat at $194 million.

And, pointing to a new publishing model, the company reports that digital advertising and marketing services hit $181 million, a 28% increase over the prior year, and 50% of total ad revenue. That figure exceeded an updated guidance.

The company’s Amplified Digital agency helped fuel this growth, with revenue of $76 million, up 83% over the last year.

Lee reports a $6 million net loss for the fiscal year. The company made no material pension contributions.

Digital services revenue, mostly from TownNews, totaled $18 million in the year. TownNews revenue at TownNews totaled $31 million, a 14% increase over the previous year.

Lee successfully warded off a takeover by Alden Global Capital.