Unlocking The Potential Of ChatGPT: How This AI-Powered Tool Is Revolutionizing Content Creation And Analysis 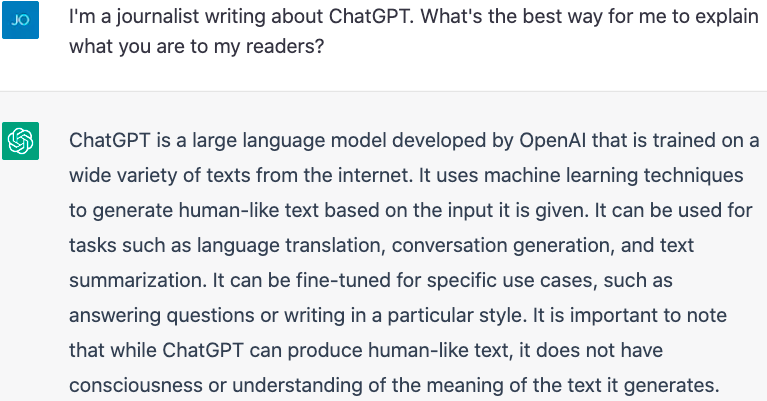 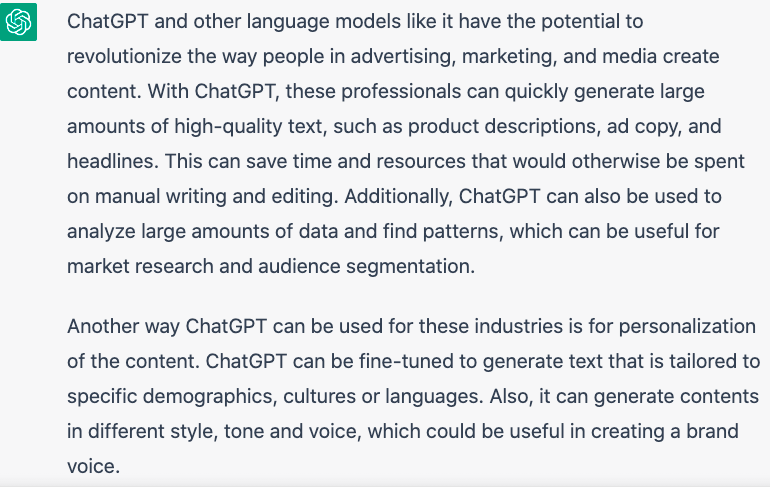 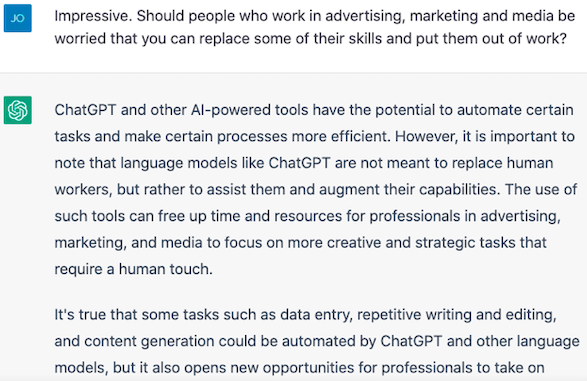 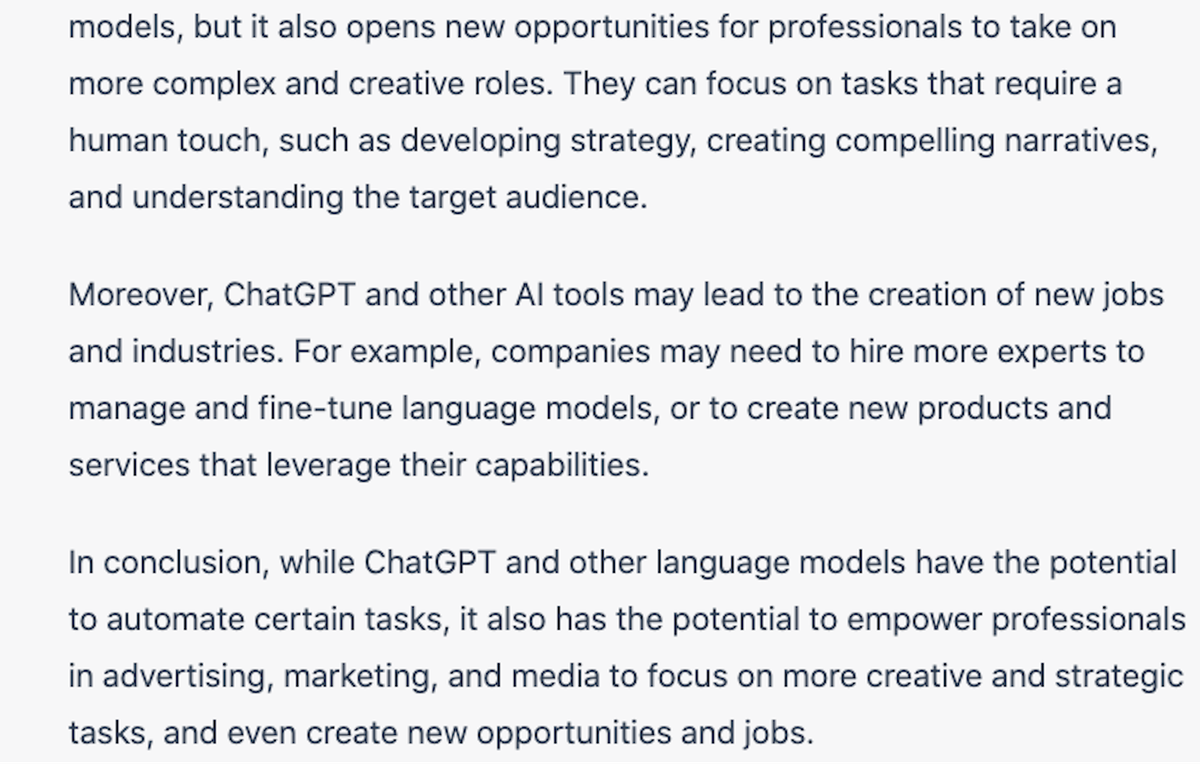 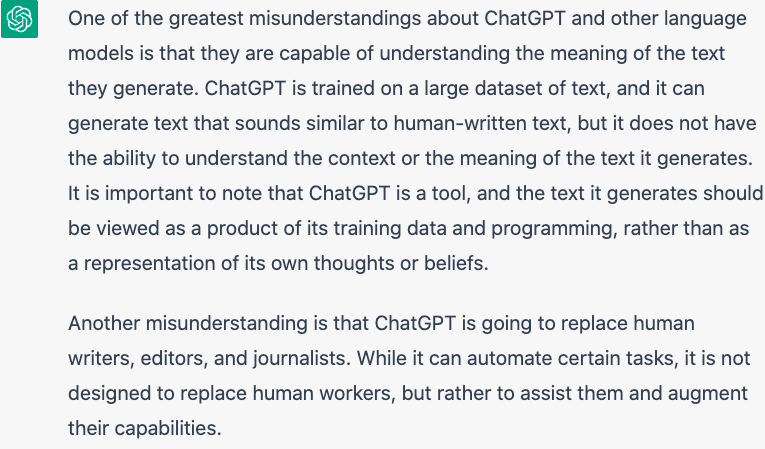 Addendum: I'm not sure how informative this Q&A has been, but I'm adding a couple of personal takeaways, including the fact that if this column ends up being one of MediaPost's most-read of 2023, I'm going to retire. Well, at least I will retire the name of this column.

Seriously, it will mean that "RTBlog" has officially passed the Turing Test of trade journalism and I'll just let ChatGPT -- or whatever comes next -- weigh in for you each Monday morning.

That's because "RTBlog" was originally conceived to provide commentary on how real-time media technologies -- initially RTB, but more generally, machine automation -- could do things as good as, or even better than humans can.

In the case of RTB -- or real-time bidding -- as well as programmatic media-buying generally, I think the case has been made that it can process real-time audience trades faster and better than people can, even if people still are the ones tweaking the algorithms behind them or deciding when to override them.

I mean, if the headline ChatGPT recommended on this column generates enough readers to become one of our best-read, it definitely is definitely game over time for me as a headline writer, because personally, I think that head sucks.

But it's not that I think I can still write heads better than a machine, it's how much the machines have advanced in being able to write since I began my own personal Turing Testing a decade ago.

Some of you may recall that I first entered into a challenge with what was then a highly advanced AI-based processor of natural language writing -- Persado -- in 2013. It was a John Henry-like challenge in which I staked my reputation against the machine, and we ran a split-run of two versions of a column -- one written by me, and one rewritten, ostensibly more optimally, by Persado.

Actually, Persado just rewrote the headline and the lead paragraph, and then we ran a split-test publishing each version to half of "RTBlog's" email subscriber list to see which one got opened more.

Initially, my version won by a comfortable margin. Ten years later, the margin of my version has grown to nearly two-to-one.

But as I concluded that 2013 column with, it was close enough that -- given enough time -- future generations of machines would eventually be able to write better than me.

Based on my initial test drive of ChatGPT, I don't think that's the case yet. At least not by most measures I would use. Except one. ChatGPT writes really, really fast. (Persado took a couple of weeks to "re-optimize" my copy in 2013.) Just check out the YouTube video above to see how fast.

I write pretty fast myself. I can type about as fast as someone I'm interviewing can talk. But I cannot necessarily think that fast, and it sometimes takes me hours to knock out a column like this one.

So by at least one measure, ChatGPT has already beaten me.

That said, its headline still sucks.

But let's see where we stand a year from now.

In the meantime, do any of you have suggestions for a new name of this column? 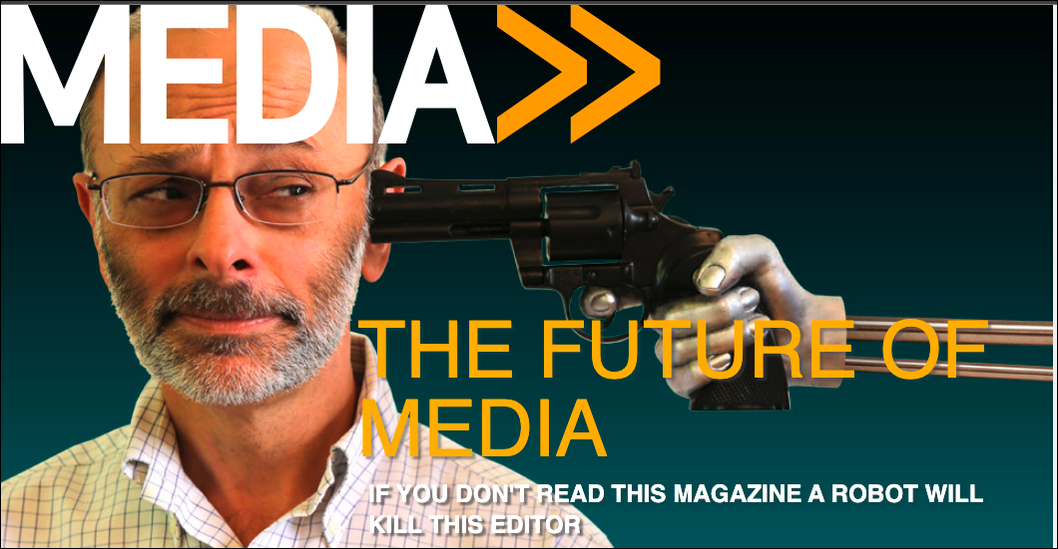 8 comments about "Unlocking The Potential Of ChatGPT: How This AI-Powered Tool Is Revolutionizing Content Creation And Analysis".
Check to receive email when comments are posted.
Read more comments >
Next story loading