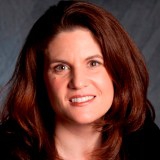 Nicole aka Wonder Woman is an accomplished marketer with 13+ powerful years of brand strategy and marketing experience under her gold belt. Some of the brands she's worked her magic on include Samsung Mobile, Hyundai, Head and Shoulders, Cheerios, Dr Pepper, Borden and FASTSIGNS. Her insightful analysis and original thinking across multiple industries like B2B, technology, retail, and consumer packaged goods have proven invaluable. Prior to joining Slingshot, Nicole served as the Director of Consumer Insights and Strategy at Haggar Clothing Co. where she led market research and business analysis efforts and provided the strategic direction for all brand advertising including TV, print, online, and point of sale.