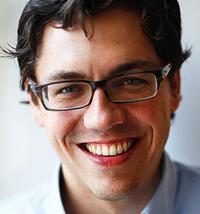 Ryan DeShazer is Senior Vice President, Digital Experience, at GSW Worldwide, an inVentiv Health Company. He is a frequent speaker at major industry conferences such as Ad:Tech and Search Engine Strategies, and is currently writing his first book, "Subject to Search," due for release in 2013.