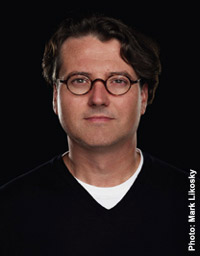 Media is the reflection of humanity. It reveals what we admire, fear, love and covet. Media is the connective tissue that binds societies together. Media is the playing field upon which global commerce competes.

In 1967, Marshall McLuhan said, “Societies have always been shaped more by the nature of the media by which men communicate than by the content of the communication.” Now, in the early 21st century, as the implications of Moore’s and Metcalfe’s laws reveal themselves, media appears to not just be impacting how humans organize in societies, but the human species itself. Media evolution is impacting human evolution.

This issue of MEDIA magazine will examine the ways in which modern media is changing Homo sapiens as a species. We will use the evolved character of Homo Mediated to highlight important ways that media and human beings are changing each other. By highlighting these aspects, we hope to inspire ideas to better harness media in the future.

At MAGNAGLOBAL, we analyze about 20 gigabytes of fresh data every month to attempt to forecast the the media marketplace so our clients can make wiser marketing investments. For this issue, we have drawn from some of our analysis and reached out to other industry thought leaders to explore how media evolution is fundamentally changing the human experience.

If you are reading this, it means you are as addicted to this always changing, never boring industry as I am. Any student of the media industry is familiar with the work of Joe Mandese. It has been my distinct pleasure to have partnered with Joe on this, his last hands-on issue of MEDIA. Joe’s unblinking curiosity about what is going on in these disruptive times and his knack for understandable storytelling has helped all of us keep pace. Thankfully for the industry, Joe is not going away; instead, Joe will be focusing his efforts on his daily reporting in MediaPost’s digital properties and with programming MediaPost’s always provocative live events.

Predictions of the future of media are worthless; however, the process of attempting to understand where media is going is invaluable. And while predicting the human experience as reflected in media is futile, attempts to do so make you feel alive. Thanks to Joe and the MediaPost team for letting me work on this issue, and thank you for your attention.