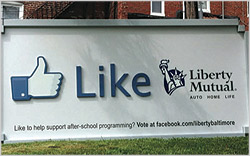 When it comes to integrating full-service offerings with media, Hill Holliday is way out in front. And for one very good reason: “It became fashionable 10 or 12 years ago to take media out, spin it out and run it separately,” says CEO Mike Sheehan. “But we never took the bait.”

In fact, removing media from the equation was antithetical to Boston-based Hill Holliday’s core beliefs far earlier than a decade ago. “We never even considered not having media be part of the agency,”  Sheehan says. And in the past few years, that decision has looked smarter and smarter, as media became more central to effective creative and strategy. The new mediascape is completely symbiotic. It may have always been to some extent, but now it’s vital, with creative, media and brand planning operating on what Sheehan terms a “codependency.”

“Today media is as likely to sit at the head of the table as any other discipline or department,” explains Sheehan. A few years ago talk turned to blurring lines between media and other disciplines. “Today, the lines have been obliterated,” Sheehan says of the departments at Hill Holliday. “There are no lines.”

This is not just talk. This summer Baba Shetty, HHCC’s media chief, added chief strategy officer duties to his repertoire. “We think it’s important to consider that it’s one consumer we’re serving,”  Shetty says, explaining the approach, “whether it’s with the creative work or the media through which they’re encountering that work.”

The agency took the same approach to integrating digital and traditional capabilities and appointed Adam Cahill, who has spent 15 years leading digital media efforts, and Cindy Stockwell, who brings 20 years of integrated media experience, as co-directors of the media team. When you walk through the office you’re likely see the dynamic duo sitting with creatives.

In angling its entire practice to start with consumer behavior, Hill Holliday has presented an alternative to the paid, earned and owned model of media. “The issue is we think that [model] is about the media companies and brands themselves talking. It’s not consumer language,”  Shetty says. “For the average person who does not work in our business, when they see a message from a brand or anything from a brand, what’s really important is their experience with that.”

To this end, the agency employs a model of incidental, choice-based (those that people seek out, which the agency has determined are 27 times as effective) and social (ones that come from a trusted group of friends, and the most impactful) impressions, taking the framing out of the conference room and putting it onto the consumer. “We are in the midst of a fundamental shift in how brands think about marketing,” says Shetty. “If you’re the CMO of any major brand, you’ve been working in a world of incidental impressions for years — decades really —  and the machinery on how to get those kinds of impressions out into the world is very well-oiled. The thing that’s less well understood and critical to well-managed brands are the social and choice-based impressions.”

Ground-breaking efforts, such as Liberty Mutual’s Responsibility Project, have come out of having these types of conversations with brands. So has a clever social integration with the Sims video game for client Dunkin’ Donuts. (Players could purchase and collect Dunkin’  products in the game.) The MLB FanCave initiative in particular —  a content machine  in a physical space that reached across media and fan communities —  showed the full scope of Hill Holliday’s vision.

“Increasingly, the job of media is to construct a program that’s going to generate appropriate choice-based impressions for a brand,” says Shetty. “It goes vastly beyond this idea that media is something you buy from someone who has space to sell. Media is an opportunity to create an experience for a prospective customer of the brand.”

One way the agency stays ahead is by constantly looking forward, whether it’s in media usage or some new technology. If you spent the day sitting in Hill Holliday’s lobby, you’d see a constant stream of visitors from outside the agency —  technologists, young-start-ups and others. Sheehan estimates there are 20 or more such callers every business day. And, in fact, on the day I spoke to Shetty, AOL’s Tim Armstrong  had just left the office, yet another in the stream of potential partners vying for time with Hill Holliday’s creative, media and brand planning teams.

Amid the gathering momentum, Hill Holliday remains stalwart in many ways. For one, client relationships last longer than is typical. John Hancock, another Beantown icon, has worked with the agency since 1985. And look no further than the CEO’s chair for stability. In the 40-plus years the agency has been in business, Sheehan is only the second to sit in it.