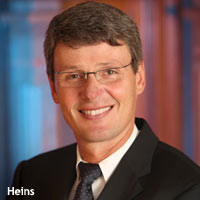 As part of its announced management overhaul, BlackBerry-maker Research in Motion plans to hire a new chief marketing officer to help regain momentum in the smartphone market. In a conference call, newly named RIM CEO Thorsten Heins, replacing longtime co-CEOs Jim Balsillie and Mike Lazaridis, said the company is in the process of recruiting a new CMO and emphasized that RIM needs to be more “marketing driven” because of its increased focus on the consumer market.

Keith Pardy formally stepped down as RIM CMO in March 2011, just as the company was nearing the debut of its ill-fated PlayBook tablet. Pardy was slated to stay on for another six months to help with the transition, but the position has been vacant since his departure.

Other top marketing executives to leave RIM last year amid its struggles to keep pace with Apple and Google in the smartphone business included Paul Kalbflesich, vice president of brand creativity, and Brian Wallace, vice president of digital media and marketing. While RIM’s marketing efforts have come under criticism in the past, analysts were quick to note that its most immediate objective is creating innovative devices and mobile services.

“RIM's top priority is getting BlackBerry 10 devices to market, and products that will create a compelling end-to-end experience for users,” said Eugene Signorini, an analyst who focuses on the mobile enterprise space at Yankee Group. The elevation of Heins, formerly RIM’s COO, was an indication that the company is focused on improving product development.

Heins stressed that RIM wants to continue with an integrated approach to providing both hardware and software, like Apple, but acknowledged the company needs to do better in executing on product innovation. In that vein, it has created a new Innovation Committee to be led by Balsillie and Laziridis.

Still, with the hits RIM has taken in the last few years from shrinking smartphone market share, a plummeting stock price, and even a recent service outage, there is repair work to be done on the marketing side. “The new CMO's challenge will be to change the perception that BlackBerry has been left behind and passed by others in the market -- most notably Apple and Android, but also new challengers, such as Windows Phone and Nokia,” said Signorini.

In addition to the launch of the BlackBerry 10 platform, touted as a “new” BlackBerry experience, a new CMO may also be involved in the PlayBook 2.0 rollout in February. Weak sales of the original RIM tablet introduced last year led the company’s retail partners to slash the price from $499 to $199. But RIM has yet to make an impact on the tablet market.

During a conference call, Heins highlighted RIM’s new “Be Bold” campaign, launched during the New Year’s Eve broadcast on ABC, as part of its more aggressive consumer push. “We need to engage more with the consumer base with all these 75 million and more customers out there that love BlackBerry, and we need to take them with us on the journey of exploring BlackBerry for the future,” he said.

Underscoring the tough task a new marketing chief will face at RIM, investors continued to sell off shares, despite the management shakeup, with the stock trading down about 7% to $15.70 on Monday. RIM did not respond to a media inquiry Monday on its timetable for bringing aboard a new CMO.