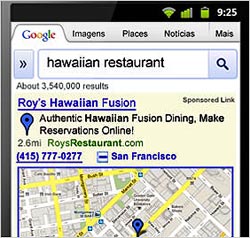 In what may be a play to broaden its reach among mobile advertisers or to undercut competition, Google announced it was changing its model for bidding on cost-per-click ads. There will no longer be a minimum bid or other charges attached to an ad buy.

Product Manager Chrix Finne announced on the Google Mobile ads blog: “Effective February 15, 2012, AdMob will move to an AdWords-style auction, where the winning price is determined by the quality of the ad and the other bids on that impression; the price we charge will never exceed the advertiser’s bid.” That means no more minimum bid and no more additional targeting fees, he went on to say.

Finne says the new policy is likely to result in lower overall campaign costs for many buyers. “Higher-quality ads will be rewarded with an improved chance at winning the auction.”

The removal of a minimum bid follows ad marketplace TapJoy’s announcement that it was coming out of beta last week with a $.10 minimum bid per action.

Todd Miller, managing partner, The Archer Group, thinks it is a smart move for Google. He and his company buy performance ads in AdMob for CPG, utilities and food and beverage segments. "I don't think it's about buyers as much as the mobile marketplace overall," he tells me. This move reduces the barriers to entry for new (to-advertising) developers and content providers, it helps to further differentiate self-service AdMob from iAds, and it impacts the platform landscape."

Whether Google is feeling the heat from competitors in the space is anyone’s guess. It may simply be trying to apply to mobile some of the open market principles that helped make AdWords so accessible to every range of business, low barriers to entry and control of costs.