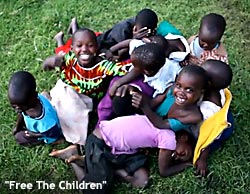 Initiative, with help from sibling shop McCann-Erickson and numerous vendors worldwide, which donated free time and space in 70 markets, created a pro bono multimedia campaign designed to drive viewers to the charity’s Facebook page to click the “Like” button.

For each click, a group of corporate contributors donated $1 dollar to the charity’s coffers.

While not a record, Initiative said the charity’s 1.5 million “Likes” were among the most generated by a nonprofit for a Facebook page.

The global campaign was managed by Mauricio Sabogol, president, world markets at Initiative. The campaign, he said, “is a testament to” the agency’s global relationships. He stressed that the effort couldn’t have happened “without the generosity of both our media partners and McCann Erickson.”

Vendors stepped up in a big way, although most wanted to remain anonymous, the agency said. Sources indicated that both Turner and Hulu were two of a number of U.S. contributors. In the course of the campaign Initiative collected and implemented 19,000 TV spots, 126,800 out-of-home impressions, 17,500 radio ads and more than 752 million Internet impressions.

Craig Kielburger, co-founder, Free The Children, applauded the effort, stating that the campaign helped the organization to “form connections with people around the world that traditionally, we would not be able to reach."

In the U.S. Initiative contributed to the worldwide campaign but also has a separate program with FTC, where employees have the option of contributing a day’s pay to the charity in exchange for a day off. The U.S. shop has raised enough money so far to build a school, a medical center and water treatment facilities in a village in Kenya, according to an agency rep. Sister shop Universal McCann has a similar program with the charity.