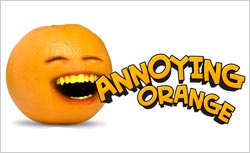 Licensed merchandise accounts for about $200 billion at retail each year. So when the market's biggest global conference, the 2012 Licensing Expo, rolls into Mandalay Bay in Vegas on June 12, it is likely to be, as one famous personality would have said (and it's likely there are licensing deals around him, too), "a really big show." Half of all global licensing deals done throughout the year -- about $100 billion worth -- are going to be inked there between the 7,000 brands, 400 exhibitors and attendees from 80 countries, per The International Licensing Industry Merchandisers Association (LIMA).

Presaging next month's Expo was a panel in New York on Thursday comprising agents from major firms, who offered a broad view of where the business is going and social and digital trends that are changing the drift of branded merchandise. Fashion licensing, for example, is the fastest-growing segment of the licensing industry with retail sales of licensed merchandise based on fashion labels up 6.3% last year, totaling $18.04 billion. Thirty-seven billion dollars of fashion sales in the U.S. were licensed products, per market research firm EPM Communications.

The panelists said keeping licensed products close to the brand is the first rule. Robert Strand, VP of licensing at IMG Worldwide, said nutritional-products chain GNC wanted a line of "muscle" beverages but didn't want to produce them. "They partnered with Shadow Beverage, but we knew we had to make that authentic."

Kevin Kern, director of PR for Elvis Presley Enterprises, said the Elvis brand, which is overseen by a staff of 10 in Memphis and has a roster of 260 licensees, "is global; we are doing a deal with Barbie, and in Japan, Hello Kitty with co-branded ‘Elvis Lives’ apparel.”

He said that this year there will also be everything from an Elvis-themed slot machine, and Elvis classic acoustic by Fender, to a new Elvis Presley graphic novel developed with Stan Lee. "We are all over the place." He also said that even though Elvis never performed outside North America, the BRIC markets are growing fast for Elvis merchandise. "We are doing our first exhibition in São Paulo in October this year for a very large exhibition outside the U.S. Brazil is big."

That, argues Martin Brochstein, SVP of industry relations at LIMA, may have less to do with passion about the person than about what the brand represents. “For a lot of people outside the U.S., in Asia for example, Elvis is Americana -- it's the 1950's. Arnold Palmer is a clothing brand, not a golf legend."

Joester Loria Group is brokering a line of licensed merchandise around the social media sensation "Annoying Orange." Debra Joester, president and CEO of the firm, said that the deal speaks volumes about the nexus of pop culture and merchandising. "Annoying Orange" is a hit YouTube series featuring anthropomorphized veggies and fruits. Joester said it has gotten a billion or so downloads on YouTube, and will be the first YouTube Web series that will move to a 30-minute TV series. "The lines are getting blurred. The old standards are not even part of conversation now. It's all about the merger of pop culture and ways of engaging consumers."

The firm works two angles, per Joester: seamless brand extensions [such as the firm's brokering a deal that led to a line of Entenmann's donut-themed coffee]; and merchandise around properties like "Annoying Orange" based off of pop-culture phenomena.

"Today, what we see is a real understanding that there is democratization of celebrity and culture, and the willingness of retail to try to translate that into consumer products in their store," said Chris DeMoulin, EVP of customer development and president of licensing at Advanstar. "We will see an explosion in the development of real-time integration of entertainment and product -- 'I want that, and want it now' -- on mobile devices."