Microsoft To Turn On Do-Not-Track By Default In IE10 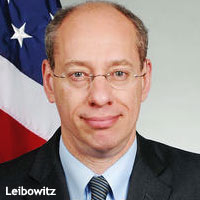 Microsoft's next version of its Internet Explorer browser will come with do-not-track already turned on, the company said today.

Internet Explorer 10 will be the "first browser to feature Do Not Track 'on' by default, giving customers more choice and control over their privacy," the software giant said in a statement outlining the browser's features.

A spokesperson added in an email to Online Media Daily: "Our decision to provide IE10 customers a 'privacy by default' experience in an era when so much user data is collected online reflects our commitment to putting people first."

But some privacy experts say that Microsoft's move actually could set back efforts to develop a comprehensive do-not-track option.

Prominent privacy researcher Christopher Soghoian tweeted his prediction that "ad networks that have already pledged to honor Do Not Track will backtrack for IE10 due to Microsoft enabling it by default."

Privacy Choice CEO Jim Brock said on Twitter that the news was "doom for a common DNT standard."

Other privacy experts have previously said that a browser-based do-not-track header is meaningful if it reflects an active choice by a consumer -- even if the consumer only sets it once. But if it's turned on by a company, it might not be viewed as an expression of users' preferences.

The Direct Marketing Association made that point late Thursday. "A default ‘Do Not Track’ mechanism is bad for consumers and the Internet economy,” Linda Woolley, the DMA’s acting president and CEO, said in a statement. “It deviates from widely-accepted responsible industry practices and undercuts consumer choice.”

Leibowitz also characterized the FTC's do-not-track recommendation as a "pretty modest proposal" that will benefit online companies. "The more choice and control consumers have, the more they trust it, and the more commerce they do," he said at D10, The Wall Street Journal's All Things D's conference.

The FTC has long supported the basic premise that Web users should be able to opt out of online behavioral targeting, but current methods can be clunky. In late 2010, the FTC called for the industry to develop a simpler mechanism for opting out of all online tracking.

Consumers today generally indicate that they don't wish to be tracked by clicking on opt-out links. Companies then install opt-out cookies on those users' computers, but privacy-conscious users often delete their cookies -- effectively erasing their opt-out preferences.

Leibowitz also reiterated the FTC's position that companies should stop collecting most types of data when users opt out of tracking. Current self-regulatory principles only require companies to stop serving behaviorally targeted ads when users opt out.

In the last year, the major browser developers have developed do-not-track headers, but those headers merely send requests from users to online companies. It's up to the ad networks and publishers to decide whether to respect the request.

The self-regulatory group Digital Advertising Alliance previously said it will require members to honor browser-based do-not-track requests, but is still considering the details. One point of contention is whether companies should be able to collect data for analytics purposes from users who enable a do-not-track header.

Leibowitz acknowledged on Thursday that the industry was still embroiled in a "roiling debate" about "how much privacy they want to protect."