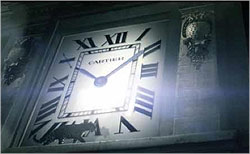 The rich are different. In the laptop of luxury, brands surf the divide between democratization and exclusivity

If you still think luxury brands are lagging behind in the digital-space race, don’t turn around to check. You might miss Cartier or Prada whizzing ahead with their high-concept, cutting-edge, far-reaching and very cool use of all things digital. There was a time, not that long ago, when exclusive brands were afraid that mass exposure would cheapen their image. Now those upscale converts are everywhere — on Twitter and Tumblr, Facebook and Pinterest — capturing and sharing the luxury experience both online and off.

Luxury brands are everywhere because the consumer is everywhere — and because it’s better to be out in the digital world than stuck on a magazine page that fewer and fewer people are looking at. They’re everywhere because being relevant and visible is worth losing control of your image — especially since you’d already lost it, according to Marci Ikeler, director of digital strategy at Grey Group. That’s the thing about digital: Consumers can complain about your brand anytime, anywhere, and the free world will be there to hear it. As Ikeler says, “The only option you have is whether you want to participate in the conversation or not.”

However reluctant luxury brands once were about joining the masses, they’re over it now. Four out of five are engaged in ecommerce, according to a 2011 PM Digital study — and the ones who aren’t have suffered for it. Brands with no online store on their Web sites got only 2 percent of total visits. The report also showed that the 10 biggest luxury brands account for nearly 90 percent of online market share. Those brands are there because their customers are — smartphones, tablets and credit cards in hand.

Along with fearing that mass exposure would tarnish their brand’s image, some luxury marketers believed that affluent (aka older) buyers weren’t in the digital space. Anyone who still thinks that probably carries a Filofax, and probably isn’t a luxury marketer. Affluent consumers, whether they’re 55 or 25, are more likely to have a smartphone than non-affluent ones — and virtually all of them are online. A 2011 study by the Interactive Advertising Bureau showed that 98 percent of affluent consumers spent an average of 26 hours a week online. One-third of them own smartphones, compared to 17 percent of the general population.

That’s not news to Audi, which knows exactly where to find its customers. “Research shows that 41 percent of American Internet users shop for cars on their mobile devices, and 92 percent of Audi buyers visit audiusa.com before purchasing their vehicle,” says Loren Angelo, general manager of brand marketing at Audi of America. Not surprisingly, the company is making mobile a priority in 2012. It’s also expanding in other social media platforms — no doubt to keep its edge. Audi has the distinction of having more fan involvement on Facebook than any other brand — luxury or not—according to a 2011 study by the social analytics platform Visibli.

“Audi’s core values of design, performance and innovation play across multiple mediums and multiple audiences,” says Angelo. “We’re a passionate brand with equally passionate followers. We want to give our customers, future customers and supporters creative and socially relevant ways to express themselves.”

For upscale marketers, the current of digital media flows in both directions. It takes the brand out to consumers in the real world, while bringing consumers into the luxury world. The technology that forced these brands to become democratic has actually helped them to be more exclusive. “They started seeing innovation as luxury,” says Yuli Ziv, CEO and founder of Style Coalition, a network of online beauty and fashion publishers. From the 4-D light show that Ralph Lauren famously projected onto its flagship on Madison Ave. two years ago to Cartier’s recent foray into short film, “L’Odyssée de Cartier,” luxury brands are using the new technologies to blend art with commerce — and create a lot of social buzz while doing it.

Digital media brings the luxury experience to new levels, and to new consumers who might not have the physical access or the bank account to enjoy the real thing. Unlike the literal experience, the digital one isn’t about shopping: It’s about being in a rarified world of fashion, art, creativity and celebrity — where $500 tote bags, $1,200 trench coats and $3,000 watches are right at home, even if you’re not. The technology brings luxury marketers closer to a demographic they didn’t always reach: the aspiring affluent. Social media is the perfect outlet for reaching future customers, according to Ikeler: “The fan base is younger; they’re not shopping Gucci yet, but they’re posting about saving up. They’re aspiring to get closer to the brand.”

For a category that was dragging its feet getting into the digital space, luxury brands now have a Size-20 footprint. Donna Karan New York, for example, has an ecommerce site, a branded content site called DKNY Times, and an interactive philanthropic forum called Women Who Inspire. It has two Tumblrs — Donna’s Journal and Notes on a City (about all things New York), an iPhone app, a branded Facebook page and a QR code in conjunction with Neiman Marcus. The brand is also on Twitter, Pinterest and Instagram. And that’s just for the high-end line.

The company’s more youthful bridge line, DKNY, has its own digital map that includes Twitter and Pinterest (with five separate boards), an iPhone app and the popular DKNY PR Girl Tumblr, produced by Aliza Licht, senior vice president of global communications at Donna Karan International. The blog covers everything from product editorial to events in the fashion world to general pop culture.

“DKNY PR Girl was originally developed to give a behind-the-scenes look at a NYC fashion publicist,” says Licht. “It’s more casual and quirky, and with DKNY, I’m able to push the boundaries more in the digital space.”

How does the company decide where and how to present each line? “Having strong and defined brand DNA for both Donna Karan New York and DKNY, it’s easy to determine the digital paths we can take,” says Licht. “Donna Karan herself offers a wealth of content, from things she loves, places she’s traveled and causes she believes in.”

Certain principles are the same in digital marketing as in traditional: You tailor the message to the medium, and the medium to the consumer. But the lines are more blurred, according to Licht. “There are certainly demographics and individuals that weigh more heavily in the digital world, versus more traditional vehicles like print, but there really aren’t distinct buckets anymore.”

For luxury marketers, one of the key benefits to being in the digital space is the ability to create luxury experiences that move from online to offline and back online. Whatever is happening in the real world becomes content for the digital world, and vice versa. Audi’s “#WantAnR8” Twitter campaign is the perfect example. In 2011, a fan from Washington, D.C., tweeted the company to say how much she wanted an Audi R8. In her tweet, she used the hashtag #WantAnR8. Audi saw an opportunity and grabbed it.

“We believe it’s crucial to listen to consumers engaging our social channels, so we took notice and drove a brand new Audi R8 to her house to use for the day,” says Angelo. They followed up by launching an official Twitter contest, giving users the chance to drive an R8 for a day just by tweeting. Since then, the hashtag has been used 75,000 times.

This year, Audi took the campaign one step further. In March, the company ran a 30-second commercial announcing the return of the R8 Twitter contest, first on its YouTube channel, and then on network TV. This time there will be eight winners, who can choose between having the car brought to their homes or driving it around the track at Audi Sportscar Experience in Sonoma, Calif.

It’s not just the major luxury marketers who are developing offline-online user experiences. Patrón Spirits, an ultra-premium tequila brand, created an online community called “The Patrón Social Club” which now has 250,000 members. The brand comes up with programs and activities for members to talk about online, including a series of tequila-and-dinner pairing parties held at secret locations in cities around the country. Patrón works with local media partners to promote the event, and members who live in that city can enter a random drawing for an invitation.

“We’re giving them exclusive ways to get into the brand,” says Jennifer Long, marketing director at Patrón Spirits. “It’s all about storytelling. Stories are what people are going to share with their friends. It’s the best endorsement you can get for a luxury brand.”

So what does all of that experiencing and sharing ultimately add up to? If it’s not connected to a brand’s online store, who knows? “The lack of linkage between experiential campaigns and brand Web sites is a major problem throughout the industry,” says Ikeler.  “At the moment, luxury ecommerce sites tend to focus only on the commerce and product information, which means that they are not speaking to consumers who are more aspirational, or might be looking for an experience with the brand.”

Still, there’s no doubt that being in the digital space is key for luxury brands — even if the customer experience doesn’t directly lead to a sale. It’s like the real world: Not everyone who walks in the door of a luxury brand store is going to buy something, but they definitely want to soak up the ambience. And maybe they’ll come back.