N.J. Sues 'Teach Me' Developer For Collecting Data From Children 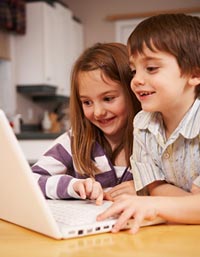 The lawsuit alleges that 24x7digital obtained the names and unique device identifiers from children who downloaded the company's popular "Teach Me" apps -- which are aimed at toddlers, kindergarten students and children in first and second grades.

The company transmitted that data to the analytics company Flurry, according to the complaint.

Yoshioka said in an email to Online Media Daily that 24x7digital has "removed all analytics functionality" from the Teach Me apps and resubmitted them to Apple for approval. "24x7digital LLC is committed to complying with all laws including the Children’s Online Privacy Protection Act," Yoshioka said.

The lawsuit, filed on Wednesday in U.S. District Court in New Jersey, seeks an order requiring 24x7digital to destroy any data it collected from children. The Attorney General is seeking an injunction prohibiting 24x7 from gathering data from children under 13 without their parents' permission.

The company's educational apps for toddlers, which are sold on iTunes, included programs to help them learn the alphabet, colors and counting; apps for school-age kids include spelling and math programs.

Earlier this year, the Federal Trade Commission said in a report that developers of childrens' apps often fail to tell parents what data the apps will collect. That report, characterized by the FTC as a "warning call to industry," said that app developers, in-app advertisers and the iTunes and Android marketplaces should do more to make sure that apps explain their privacy practices to parents.

Last year, the the FTC brought its first COPPA enforcement action against a mobile app developer -- the company Broken Thumbs. The developer agreed to pay $50,000 and to destroy information it collected from children.