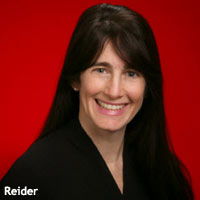 Google's $100 million investment in original video programming in niche markets on YouTube will unearth some interesting models this year.

Brands will move toward product placement in online content that serve up in video programming on desktop, tablets and smartphones, replacing TV commercials, according to Suzie Reider, head of industry development at YouTube.

Investments in commercials continue to dwindle, fueling a new industry for marketing content based on niche product programming. Alphabird plans to prove it. The company began to build a production arm, adding to its audience development and video ad business.

DiMeo and writer/director Ken Hanes will executive-produce the series, along with Alphabird's Russell Naftal and Johnny McMahon. In the scripted series, he will play a down-on-his luck celebrity carpenter who gets fired from a reality makeover series and returns to his first job: a $15-per-hour handyman. DiMeo's character must perform menial tasks while trying to get back into the Hollywood limelight.

"The Handyman" will enable the engagement of brands, such as home improvement and appliances to integrate their messaging and products within the show's format. The digital-branded content becomes the production arm of Alphabird. It will give lifestyle brands an opportunity to do what soap operas did in the 1950s and 1960s.

Alphabird opened a Beverly Hills office and hired former digital entertainment production and development team from some of Endemol, whose programming includes the reality television series "Wipeout," "Big Brother" and "Deal or No Deal." The team earned 2012 Webby Awards for "MLB Fan Cave," "Married on MySpace" and "James Hyde Steals the Show."