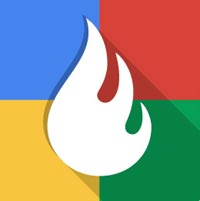 For every 10 brand advocates who join a social campaign on Facebook, 13 new friends engage with the campaign, according to findings from a study released Monday identifying how these actions attract new customers.

Wildfire, the company recently acquired by Google, analyzed 10,000 Facebook campaigns during the past nine months, from sweepstakes and contests to trivia and quizzes.

It found that consumers sharing content and advocating brands generate on average 14 earned media impressions each. For each person who shares content, 14 additional people will learn about the campaign in their news feed.

The study highlights the importance of identifying and engaging a brand's most influential fans. Brands that are highly effective at engaging sharers and advocates, via campaigns, see three times more interaction on pages compared with other brands when it comes to "likes," shares and comments.

During the study, Wildfire analyzed the top 10% performing brands to understand how to best manage social campaigns. The company identifies six best practices, including strategies for messaging, additions to status updates, and setup for engagement applications.

Findings suggest that running consistent multiple engagement applications and giving fans various ways to engage with the brand is key. Some of the content might include a portal or collection of media-specific tools and images. It's also important to keep content relevant to the season or world events.

Advocates can impact fan growth too. Tripling the number of advocates in campaigns generates 13 times more annual fan growth when it comes to average-performing brands. The average brand generated 0.4% Fan growth, compared with 5% for the top 10% of Fan pages.