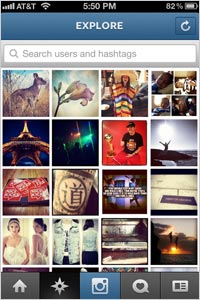 We won’t say we told you so. But oh -- many years ago when Facebook released its first “Web App” for the iPhone, we gushed. This was better than the Web site, we argued way back in 2008. And despite some pretty crappy iterations of the Facebook native apps since then, the same is even more true today. And many of you agree with your everyday mobile habits. According to eMarketer projections, about 70 million Americans are accessing Facebook regularly from their devices and 102 million will do so by 2014.

Overall, 25.9% of the population now do social networking on mobile devices -- more than double the total of just two years ago. Among mobile phone users a third are already engaging in (oh, what the hell) “SoMo.” In all, 81.8 million of us do so each month. By 2014, 116.8 million will be (we can’t resist) SoMo-ing. That will amount to 36.2% of the general population and almost half (46.3%) of mobile subscribers.

In support of this estimate, the recent Keystone study put social networking as the third-most-popular activity on a smartphone, cited by 76% of advanced phone owners. Only online searches and local searches are more popular activities.

According to Keynote’s survey of over 3,000 smartphone owners, the app is the thing for SoMo, with 46% of those using the activity preferring an app experience. Only 12% say they prefer mobile Web access to social nets, but 26% say that will go with either platform.

Whatever the throw-weight of Facebook, we still say that alternative social nets have a golden opportunity on mobile platforms. Instagram helped break the myth of Facebook as the one true social network church. In fact, Instagram made the point so well that Facebook ponied up an incredible $1 billion to absorb the image-sharing tool.

Now, arguably, even the newcomers to SoMo are leveraging Facebook Connect and sharing user-generated content into the Facebook feeds of friends. The Zuckerberg Galaxy isn’t going away. But alternatives like Pinterest, Viddy, SocialCam or even meet-up nets like my MeetMe (formerly myYearbook) offer different kinds of sharing and verticalized network experiences that are more endemic to mobile activity than Facebook’s generalized feeds.

Surely the social media landscape will almost certainly change with the rise of the mobile platform. Likewise, I can’t imagine that the cluttered, overwhelming, poorly designed and poorly filtered Facebook feed of the Web really provides the model for the company winning mobile.