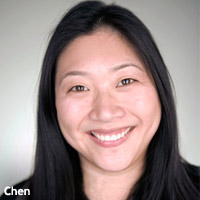 A good media strategist knows what to do with a blank slate and with a storied campaign that’s been in the market for nearly two decades. Christine Chen at Goodby, Silverstein & Partners has handled both in the last year.

Chen drives the communications strategy for the agency, whose clients include Sonic, The California Milk Processor Board’s famous “Got Milk” campaign, and technology companies just starting to market their services. With a range of clients and a vast array of venues, from owned to earned to paid, a media strategist’s job today runs the gamut from media planning to social media to consulting, Chen explains.

“We have to think about what’s going on in culture, and deliver insights on how to get the message across in a world where consumers don’t want the messages — to be totally frank. That’s where the strategy comes into place,” she says. To stay close to changing consumer behaviors, Goodby asks consumers burning questions about media and culture in a monthly omnibus study, Chen explains. That feedback can help inform marketing tactics. “I’m trying to get my group focused on looking at culture, and the fringes of what’s happening in our client’s category.”

As an example, there’s Goodby’s work on the “Got Milk” campaign, which launched in 1993 and has won awards over the years. Milk is a product that remains relatively stable and unchanged, but in the last year alternatives such as almond and coconut milk have garnered more consumer attention and shelf space. In its messaging, The California Milk Processor Board wanted to highlight the differences between alternative milk and dairy milk. “What was concerning to us was that the biggest innovation happening in the milk aisle was the alternative milk showing up, so we wanted to create a campaign focusing on dairy milk as real and simple,” Chen explains.

Digital platforms played a key role in that effort, which includes a Web site, scienceofimitationmilk.com, that features an interactive video of a ’50s-style schoolteacher instructing young children on how imitation milk is made, in a tongue-in-cheek sort of way. The site and the videos were promoted on the Got Milk site, via Facebook and through competitive search terms to educate consumers about the differences between the products. The goal, Chen says, was “to get into the stream of consciousness as consumers are thinking about buying alternative milk.” The first round of tracking studies following the campaign rollout late last year has shown lifts in the perception of dairy milk, Chen says. Goodby expects to evolve the campaign into the next year with a goal to change behavior around milk buying.

Goodby also worked with drive-in food chain Sonic on a campaign to bring back “The Two Guys” spokespeople from a prior campaign by creating a Web site with a petition for fans to sign, as well as a Facebook page dubbed “Those Two Guys From the Sonic Commercials,” where the aforementioned guys engaged with fans through personalized video responses and comments. A mock LinkedIn page touting their credentials and a YouTube channel featuring videos of their efforts to get their jobs back were also part of the viral campaign. “This created an opportunity for longtime fans of Sonic, especially Two Guys diehards, of which there are many, to play a part in bringing the guys back,” Chen says.

In the last year, Chen also shepherded projects for technology firms that brought them into marketing for the first time. Beyond that, she built a social media strategy for the agency. Now, Goodby employs a dedicated community manager for each of its accounts to work on the brand voice in the social media sphere. “We want to cover the entire gamut of everything possible, to make sure we have a true community management offering.”

As for the year to come, Chen is studying closely what happens next with technology. “What do consumers want and how can we be useful to them? That is what I always ask of my team: What can you create to solve the problem for consumers? When you take the mindset of how to fix things for a consumer it can change how you do things on a day-to-day basis.”