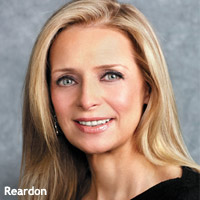 When asked about the evolution of Macy’s digital strategy, chief marketing officer Martine Reardon responds with unusual candor. “Three years ago, we were barely in the digital space at all,” she says. “The social space existed, but it was very contained. Smart-phone penetration wasn’t there yet.”

Of course, within the retail sector, it wasn’t just Macy’s that arrived a bit late to the game; any number of sellers struggled (and continue to struggle) with the transition from garish full-page newspaper ads and radio spots to more progressive, analytics-minded digital programs. The difference was that Macy’s, spurred forward by Reardon, was intent on making up for lost time.

Sensing that younger consumers who grew up with technology (“as opposed to somebody like me, who grew up with calculators and erasers on your pencil,” Reardon quips), were eager to connect via social media, Macy’s marketing team jumped into the deep end of the pool. The retailer earmarked a sizable chunk of funds for digital marketing programs, even before it knew precisely how those funds would be divvied up. “We knew it was a place where we wanted to be. The only way to learn was to get in there and be persistent and experiment,” she says. A few years later, fueled by a data-smart mindset and partnerships with cosmetics and fashion A-listers like Bobbi Brown, Macy’s has a social-media and online presence that’s the envy of its competitive set.

Macy’s approach to bolstering that presence ­— act decisively now, learn as you go — was typical Reardon. “I love noble failures. I think they’re great,” she says. “One of the best pieces of advice I could give to a young marketing executive is, ‘Don’t be afraid to make mistakes.’ The key is to set these programs up as viable tests that you can learn from.” After a beat, she adds with a throaty laugh, “Just don’t bet the farm on them.”

Reardon is enormously well-regarded, both within and beyond Macy’s, for her decisiveness and curiosity, traits that don’t go hand-in-hand as often as they might. Macy’s chief stores officer Peter Sachse, previously Reardon’s boss and now her C-level peer, commends her not only for her vision but also her knack for selling her charges on it. “Her ability to predict what’s coming next, to see around corners better than others can, serves her really well,” he says. “But just as importantly, she can bring people along with her on that journey. She inspires everyone she works with.”

At the outset of her career, it appeared that a different industry would benefit from that remarkable skill set. During her college years, Reardon interned for a now-extinct unit of Federated Department Stores, Abraham & Straus, under the eye of senior vice president, marketing Doris Shaw. Shaw was a trailblazer, a high-level female exec in a field that had traditionally been male-dominated. When Reardon announced her plans to pursue a Wall Street career — “I had this vision of being one of the few women who had a seat on the stock exchange” ­— Shaw more or less refused to let her go. Straight out of school, then, Reardon found herself a rising star in a&s’s public relations and events division.

With the exception of a nine-month stretch in which she worked at Mademoiselle magazine (“to see how the other side lives”), Reardon has been a retail lifer, sold on what she describes as “that very retail kind of frenetic energy.” Upon returning to a&s, she was elevated into the marketing division and thrust into the role of media buyer, first for newspapers and then for other media. “It was just me and the good old boys,” she cracks, though she acknowledges that the gig taught her skills — particularly negotiation and the creation of engaging ads — she calls upon to this day.

But from her desk in Brooklyn, Reardon kept a watchful eye on one of her top across-the-river competitors, Macy’s. She was taken by Macy’s slate of high-profile events: the parade, the fireworks, the flower show. “I studied them. I was envious,” she admits. Ultimately, Federated solved this problem for her, buying Macy’s and eliminating the a&s brand. Ever since, Reardon has steadily ascended the corporate ladder. She was named cmo this February.

When asked to enumerate her favorite parts of the job, Reardon takes up the better part of a half-hour. She responds strongly to the breadth of her mission, to the fact that there’s no such thing as a typical day. Not surprisingly, Reardon travels extensively: to Los Angeles to work on nbc’s Fashion Star, to Silicon Valley to klatch with Facebook and Google execs, to the home bases of designers like Tommy Hilfiger and Ralph Lauren. At every stop along the way, she drops in on the local Macy’s, where she gleans any and all information that can be used to more specifically tailor local marketing programs.

“I try to challenge myself. ‘What is it about this color, this shoe, this silhouette that people are really responding to?’ Or: ‘This store is more apt to attract a customer who wants to go to a club at night. Why is that?’”

That willingness to focus simultaneously on the big and small picture, Sachse says, ranks among Reardon’s most important skills. “In retail, you have to perform in the here-and-now, but you also have to build the brand and the messaging for the future,” he explains. “Martine has a unique ability to keep the cash registers ringing while emotionally connecting over the longer-term.”

Bolstering those connections ranks high on Reardon’s to-do list for the months and years ahead. While she sits on a board or two (the National Make-A-Wish Foundation, among others) and spends plenty of time with family and friends, Reardon admits that she has no hobbies. “My hobby is what I do. I don’t feel like it’s work.” To that end, she spends much of her idle time at seminars, particularly ones that assess the futures of social media and mobile.

“I’m not afraid to say, ‘I don’t know that.’ I say it a lot, actually,” she notes. “A lot of the time, my role is to look at somebody else’s idea and figure out how it could work at Macy’s.”

Her goal for the future, then, is for Macy’s to remain nimble, or at least as nimble as one of the country’s preeminent retailers can be. “We know what we have to do over the course of a two- or three-year business plan, but I want to be able to jump as new things come up,” she says.

Reardon points to the strength and durability of the Macy’s brand, and the responsibility she feels as one of its primary stewards. “This brand has been around since 1858 — that’s 154 years, and it’s going to be around for another 154 more years,” she promises. “That, hopefully, will be my legacy.”