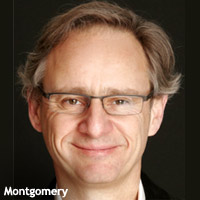 John Montgomery, COO of GroupM Interaction, didn’t necessarily set out to become an expert on all things media in the digital space. “There’s never really been a conscious, ‘Oh, I’m going to get into digital because that’s where things are happening now.’ My career just evolved that way,” muses Montgomery, who first got into the media business in 1989 as media director at Ogilvy in his native South Africa. He also launched Mindshare in his home country and served as managing director of Cape Town’s Ogilvy Group. He subsequently moved to Amsterdam for a post as ceo of Ogilvy Group Netherlands, then made his way to New York City, where he became ceo of mOne and, later, global ceo of Mindshare Interaction in New York City.

“It really has helped me that I’ve worked in other parts of the business, too,” says Montgomery, who has held his current post at GroupM since 2008. Based in New York, he operates within a behemoth that serves as parent company to wpp media agencies including MediaCom, Maxus, mec and Mindshare. But Montgomery doesn’t have the huge staff you might think. It’s just him and two other people. So one has to ask: How does this media overachiever accomplish so much? It comes down to having the ability to focus on the areas he views as the most crucial. “At the beginning of the privacy process, I went to the higher-ups, and I said, ‘This is a really big and very, very important thing, and I’d like to dedicate a good part of my time to it,’ ” says Montgomery. “And I got all the support I needed from the management team.”

Taking a proactive stance, Montgomery has been a leader in the media industry’s push for self-regulation regarding Internet privacy. He testified before the Senate Commerce, Science and Transportation Committee on the state of online consumer privacy and has worked with the iab and the American Association of Advertising Agencies (4As) to help establish the self-regulation program that exists today. In fact, GroupM and wpp were instrumental in developing the strategy and design behind the current do-not-track icon that is served a trillion times a month and offers Internet browsers the choice to opt out of online tracking. “This debate is not over,” Montgomery points out. “But the industry is in a much stronger position than it would have been without the daa [Digital Advertising Alliance] and the self-regulation effort.”

Anti-piracy has also been top-of-mind for Montgomery. “We realized that we could play an important role in cutting off one of the main supplies of revenue to the content pirate sites. GroupM has put a program in place [that] may be the model used for the industry to reduce content theft,” says Montgomery, who spearheaded a GroupM program that identifies  rogue sites that steal entertainment and other content and informs its ad partners of offenders to whom ads should not be fed.

On the data front, another of Montgomery’s major concerns, he recognized early on the pivotal role data would ultimately assume in the industry, and he took steps to shore up data policy, renegotiating each of GroupM’s major vendor agreements to bring them up to date and ensure that they addressed data rights. It was a complex, painstaking process, with some of these discussions taking nearly a year to finalize, but well worth the effort. “Digital measurement, precise targeting and owning our own technology stack are central to GroupM’s strategy,” Montgomery stresses. “This means that organizing data and having the right policies and partnerships in place are critical for our business.”

And, finally, audience buying is another area where Montgomery has spent his time ensuring that GroupM is in a strong position. “We recognized early in the process that the way the business operated was not sustainable — digital was still relatively small, and it was already requiring almost as much effort to administer as the non-digital area, which was many times its size. Much of this was because of the way we bought the majority of our media: high-touch, reserved media was — is — a labor-intensive and expensive way to buy media and unnecessary for much of what we do,” Montgomery says, noting that GroupM realized that data would allow for not only more effective targeting but also programmatic buying that was many times more efficient. Thus, a redesign of GroupM’s operational process has taken place, altering everything from campaign administration to the way data is handled to how audiences are traded and bought. “We have made significant strides but still have some way to go,” says Montgomery, who, not surprisingly, always has an eye toward making things work better.