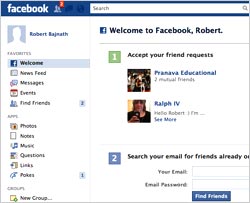 Targeting men in Facebook and getting them to make a purchase or complete an action may cost brands less compared with women when it comes to social advertising, according to a study released Tuesday.

That's despite the fact that men make up 42% of Facebook users, but produce 60% of all ad clicks -- with an average CPM of 16 cents and cost per click of 51 cents, compared with females at 20 cents and 68 cents, respectively.

Aaron Goldman, Kenshoo CMO, admits that Facebook isn't the only media property that allows marketers to segment males from females, but the ability to target by likes, interests, and social connections allows brands to expand their reach into the upper part of the marketing funnel or the beginning of the research process.

"Social is about interest; search is about intent," Goldman said, suggesting that the combination works. "The key with Facebook ads is to drive high exposure rates by targeting your message only to the audience that's most likely to respond and creating relevant ads and optimizing bids based on what you know about each individual."

Marketers spend more money targeting men -- 53% -- compared with women -- 47% -- on Facebook, according to the study. More ads are served to men and a higher percentage than woman click through. Kenshoo and Resolution Media point to a comScore stat reporting that the average Facebook user spends more than 6 hours on Facebook each month.

Marketers are paying attention. The latest SEMPO 2012 survey shows that 3% of respondents cut their social marketing budgets, and 43% report keeping these budgets about the same, up from 32% in 2011. When search marketers were asked about their clients' most important objectives for using social marketing, respondents said 35% want to increase brand awareness and enhance reputation, followed by 20% each for improving customer satisfaction and driving traffic to the Web site.