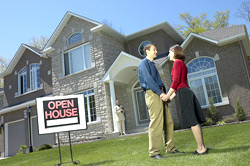 The “American Dream” just isn’t what it used to be.

While most Americans still believe in the concept, it has lost some luster of late. That’s one conclusion of a just-issued report by WPP’s JWT exploring the realities and myths behind “The Dream” and how and where it fits into today’s society.

For decades, marketers have hawked products based on the notion that they will help consumers fulfill their version of “The Dream.”

According to the JWT study, almost two-thirds of Americans say the Dream is different from what it used to be. “Respondents perceive that the country is moving away from traditional notions of the ideal life -- one centered around community and family, with religious faith and middle-class values as the guiding ethos,” the study surmises. Instead, the Dream is more focused on ‘"making and spending money, and achieving recognition.”

For many, the Dream is thought to be harder to achieve, particularly for middle class and white Americans. According to the research, nearly seven in 10 respondents said that has been the case for the past five to 10 years. By comparison, just four in 10 respondents believed that to be true in a similar survey taken in 2008.

By contrast, respondents were “significantly more likely to say [the Dream has] become easier to achieve for Hispanic-Americans and Asian-Americans.”

According to the study, younger Americans are less apt to believe in the Dream, with fewer than four in 10 millennials indicating that they are believers, compared to more than half of older generations who said they have kept their faith in the concept. That said, millennials also indicated they are more satisfied with the way things are currently going in their lives.

“While the Dream is losing its luster, and Americans recognize that it’s becoming significantly harder to achieve, the concept endures,” stated Ann Mack, director of trendspotting for JWT. Marketers will continue to exploit consumer confidence in the concept. “Messaging can help Americans to keep faith in the Dream or to redefine their Dream for different times,” Mack added.

For the study, titled "American Dream in the Balance,” the agency’s JWTIntelligence unit fielded a quantitative study using proprietary online software in late July, surveying 503 Americans ages 18-plus. The report compares results to a similar survey conducted four years ago. The full report can be accessed here.