Apparently, real-time needed to get a little faster. Video ad platform BrightRoll, along with data center company Equinix, today announced VideoRTB+, a way to make real-time bidding even faster. The solution is available only inside Equinix data centers by offering direct connections between bidders and the BrightRoll Exchange (BRX). VideoRTB+ is currently only available in Equinix data centers in Silicon Valley and Ashburn, Virginia, but BrightRoll says that international plans are in the works.

RTM Daily spoke with Tim Avila, VP of product marketing at BrightRoll, who said that the industry needed VideoRTB+ because too many bidders were missing out on bid opportunities because they were too slow. "We've seen substantial increases in buyers that want to buy via RTB," Avila says. However, "sometimes, [they] can't make a decision to do it fast enough." Because the bidder's technology hasn't been fast enough, Avila estimates that an average of 8-10% of bid opportunities slip away, with some companies experiencing a missed opportunity rate of 15-25%. 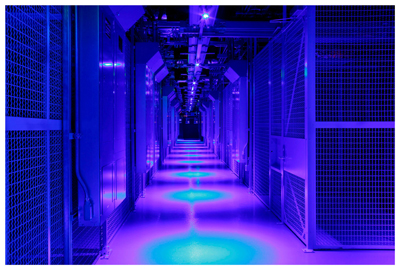 With VideoRTB+, when a bidder uses BrightRoll and has a data station at Equinix (which looks a lot like the setting of an alien invasion movie - see picture), the bidder is directly connected via a cable to BrightRoll's platform, which is also at Equinix. Avila says, "...most of the big RTB buyers are not exlusively in the cloud anymore...it's really expensive." He predicts that "the video ad ecosystem will be built up in those centers." He also thinks it will lower the overhead costs for everyone involved.

Avila says that the biggest benefit advetisers will get from VideoRTB+ is simply being able to make decisions faster. Advertisers will be going from "milliseconds to nanoseconds," he says. While both numbers sound tiny, it's a significant increase. That difference should not only allow advertisers to compete in more auctions, but it should also give them an additional layer of comfort when battling for desired inventory.