Tablets & Smartphones on the Path to Purchase 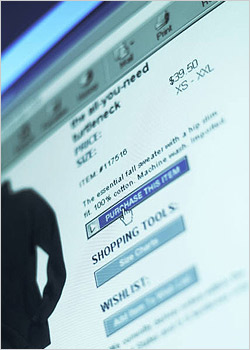 For mobile commerce, the tablet is getting bigger even as it becomes physically smaller.

The wireless device seems to be edging front and center in the purchase stage of online shopping.

A recent Forester Research study found that almost a third (30%) of U.S. tablet owners used the devices for shopping purposes, noting that a much smaller percentage (13%) of smartphone users have ever bought anything via their device. (Of course, there are many more smartphone than tablet owners, so while the percentage is lower the number is large.)

The mobile impact on sales also continues to increase, with 15% of overall online retail sales this year coming via mobile, heading to 25% by 2017, according to eMarketer.

While more than a third (39%) of smartphone users will buy something via their device this year, a much larger percentage (63%) of tablet users will buy from their device, says eMarketer. In four years, the spread will be even larger, with the tablet share of retail m-commerce sales at 72% for tablets and 27% for smartphones, according to the forecast.

By 2017, more than three quarters (78%) of tablet owners will make at least one online purchase, says eMarketer

So that’s the tablet is getting big part, at least in the actual execution of an online purchase, just as it is and was large on PCs.

But the actual tablet device also is getting smaller.

As no surprise, tablets shipments are outpacing those of PCs since the tablet is a logical replacement for many PC activities.

This begs the question of what is the future role of tablets in the mobile shopping cycle. At a larger size,, a tablet is generally a two-handed purchase device, at least while out and about, and not best suited for in-store consumer use, compared to smartphones.

While many with tablets will execute an actual online purchase through their device, a more holistic mobile shopping picture includes smartphone interactions throughout the entire path to purchase, not just at the end.

mcommerce, mobile
3 comments about "Tablets & Smartphones on the Path to Purchase".
Check to receive email when comments are posted.
Read more comments >
Next story loading