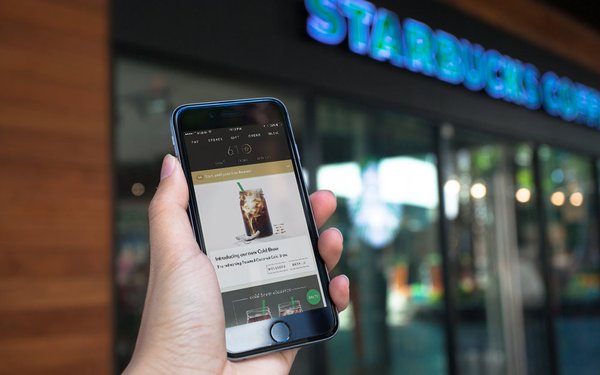 Mobile payments have been a highly sought after end game for years.

However, the idea of paying by using a phone rather than cash or credit card just never seemed to be more efficient.

It’s just as easy or easier to grab some money from a pocket, wallet or purse as it is to pull out a phone and have to at least initiate a tap or two.

Samsung Pay and Apple Pay simplified the process by tapping into the power of near field communication, so a tap of the phone started the payment action.

And then along came chip cards, finally arriving in the U.S. market after years in operation in other countries.

Consumers then were faced with learning yet another behavior at checkout. Insert the card and then wait. And sometimes wait some more. That new procedure might have tipped the scale to mobile payments, at least for some people who calculated that it actually could now be faster to pay by phone.

Still, only executing a payment by a phone at a terminal is hardly a reason to change consumers’ many years of ingrained behavior.

Ultimately, it may not be the actual payment at a terminal that finally drives mobile payments.

Consumers already have been buying things online via mobile devices, as the PC-online buying behavior migrated to mobile.

Now, thanks to some major brands, mobile payments may become more of a reality.

It’s not so much because of the actual payment aspect but more of the full-service approach.

Starbucks just told its employees that it is opening a location on one of the corporate headquarters floors that will provide only ordering and payments via mobile.

The 5,000 Starbucks employees at headquarters make it one of the top three mobile-ordering locations in the country.

Starbucks already has pre-ordering in many stores, at times causing some backups in receiving drinks, due to high volume. In essence, people who pre-order by phone can skip the sometimes painfully long lines.

The key is that rather than an end game, mobile payments are integrated into the entire process.

Starbucks is not alone.

Dunkin’ Donuts just partnered with Waze, the well-known navigation app, to create a program for customers to order ahead.

The program, actually named ‘Order Ahead’ by Dunkin’, lets loyalty members order their coffee, donuts or breakfast from the Waze app before heading to the store, according to the company.

Those who order ahead get to skip the line to pick up their order inside. The app allows customers to pinpoint the closest Dunkin’ Donuts location and, with a single tap, order their favorite product.

This is similar to the Starbucks app, which automatically selects the closest Starbucks facility.

Amazon is also getting involved in changing payment behavior.

It’s new Amazon Cash lets consumers add cash to their Amazon.com balance and then, at certain stores, open the app to show a barcode to a cashier. The consumer says how much they want to transfer and bang, done. The barcode can be sent to phones by text message.

The key in all of these is that none are focused exclusively on mobile payments.

Rather, paying is simply integrated as part of the process.

The end goal is providing better service. Mobile payments just get to go along on the ride.