I’m thinking a lot about Nasdaq today. And it’s not just because programmatic media-buyer Rocket Fuel has filed to begin trading shares of stock on Wall Street’s technology oriented exchange. It’s because of something Frank Addante said to me while visiting New York City last week. “Why do you think the floors above and below Nasdaq are some of the most expensive real estate in the world,” Addante, the founder and CEO of Rubicon Project, asked me somewhat rhetorically. 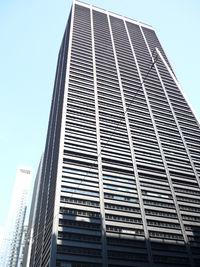 The reason the floors above and below the Nasdaq exchange at 1 Liberty Plaza in New York are so expensive, he said, is because the companies located there have a decisive data processing advantage over their competitors. All other things being equal, he said, the closer two computers are to each other, the faster data will transfer between them. And on Wall Street -- and as we are learning on Madison Avenue too -- even tiny improvements in data processing speed can mean lots of money.

Not surprisingly, improvements in data processing speed have been at the roots of Rubicon’s success, as well as Rocket Fuel’s, a company that is utilizing sophisticated data science, artificial intelligence, robots, and all sorts of other science fictionish sounding stuff to automate -- and speed up -- the process of buying and selling media. And things do appear to be accelerating all around it. On plus side, Rocket Fuel has been growing at, well, rocket speed. Its revenues more than doubled last year, and nearly tripled during the first half of this one. The number of advertisers trading on its programmatic systems, meanwhile, has also doubled to 784 as of it’s IPO filing late last week. On the downside, it’s losses have also been growing -- more than doubling to $10.3 million last year, and to $11.9 million for the first half of this year.

They’re not the first ad tech company to go publlic with significant net losses or a financial deficit, and while I’m not doling out investment advice here (I’m an ad a trade reporter, not a Wall Street journalist, after all), I woulnd’t worry too much about those numbers for now, because given what Addante told me last week, speed is an expensive game to win at. But if you win it, great fortunes will follow just as fast.

“A one millisecond faster response time can yield up to a 10% increase in revenue performance,” Addante said, explaining why Rubicon has invested so much in improving the speed with which it processes trades. The improvement Addante was referring to was to publishers putting their inventory up for sale on exchanges, and the reason faster processing speed corresponds to higher yields, he said, is because it simply allows for more bidders to express their demand for that inventory.

While Addante framed his “yield” example around a publisher’s perspective, Rubicon is an agnostic player that is simply trying to create greater “liquidity” on both sides of the buy/sell table. And the increased data processing speeds mean more opportunites for advertisers, agencies and trading desks to find, bid and win the audiences they want.

Unlike Wall Street where that processing is highly concentrated geographically, Addante couldn’t simply relocate Rubicon's computers to a proximity a floor or below Madison Avenue’s action. Though they have recently moved into some spiffy new offices in Playa Vista, CA, that are across the street from YouTube’s new facility there. Instead, Rubicon -- to borrow an old Wall Street tagline -- is making speed the old fashioned way: It’s earning it. Actually, it in some cases, it’s literally building it, engineering new hardware including specialized microchips and servers designed to optimize “air flow” in order to accelerate their processing speed.

The result is that Rubicon has sped up the time it takes to complete an online audience transaction from three seconds three years ago, to 300 milliseconds last year, to 30 milliseconds currently. After listening to Addante describe Rubicon’s acceleration, I quipped that if he keeps it up, he’ll soon be trading media buys before they happen.

While Addante’s “time machine” hasn’t quite mastered the elements of time travel -- yet -- it’s getting pretty close. The reason he says for investing in these improvements is the complexity of the programmatic media-buying marketplace. The average transaction currently traded by Rubicon requires 197,000 individual data processing decisions before it can be executed. That’s a lot of permutations, and given all the increases in the availability of “Big Data,” and the increasing supply of inventory and bidders, I have a feeling it won’t be getting fewer anytime soon. So the only solution, he says, is developing better systems -- both hardware and algorithms -- that can make better decisions, faster, for all sides of the programmatic table.

In fact, Addante says improving processing speed is actually more important on Madison Avenue than it is on Wall Street, because unlike stocks, bonds and commodities, advertising inventory never stops trading (it’s a 24/7 business) and if transaction doesn’t occur, the inventory disappears forever -- and along with it, the opportunity to serve an ad impression, pay a publisher, or to use Addante’s favorite expression, “create liquidity.”