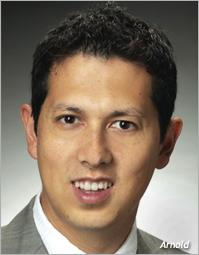 Bob Arnold’s digital marketing story begins in Belgium. The University of Cincinnati student was on an exchange program during the dot-com boom and fell in love with the country. He was so attached he moved back after graduation and took a job at the European headquarters of Procter & Gamble.

Now, 13 years later, at 36, Arnold is director of digital and social media strategy for a global brand, The Kellogg Company.

Arnold names three things he believes individuals need to succeed with today’s advertising technology: a strong technology understanding and clear marketing understanding, an analytical approach to the space, and an open mind.

“The space is emerging so quickly,” he says, “if you’re not constantly trying new things, you could get left behind.”

When Kellogg first started playing in the space In 2011, it started small.

“There was definitely a ‘gut feeling’ programmatic would be the right way to go, [but] it wasn’t like the next day we went full bore into it,” he recalls. “We wanted to make sure this new thing that sounded like it had a lot of potential could really work.” As a percentage of Kellogg’s buys in 2011, “it was single digits.”

Those single-digit budget investments began to grow and the company decided to push full steam ahead with programmatic the next year.

“We started to look at the space very seriously,” Arnold says. “We looked at setting up large partnerships with various ad tech companies to scale our learning. We set up our measurement framework across the company.”

Arnold drew applause at an iab Advertising Technology conference in 2012 when he said Kellogg doesn’t care about clicks. The company still doesn’t.

“What we’re really looking to do is drive brand equity, affinity, and purchase intent — all of the metrics that drive branding,” he says. “We found [from analytics leaders] that the click doesn’t correlate to any of those metrics.”

Now in 2013, Arnold says the company has “started to run” with programmatic. “At this point the majority of our video and display buys are done through programmatic. We see that trend continuing, especially as new technologies start to evolve and show up.”

In that vein, Arnold hopes to see more real-time analytics tools emerge for the space. He notes, “We do have strong analytics today, but sometimes they are lagging.” He sees a “real opportunity to have faster, better analytics to match the decision-making power from programmatic buying.”

Arnold helped get Kellogg crawling in programmatic in 2011, guided it to a walk in 2012, and got it running in 2013. He’s got the company focused on what it can achieve in the space in the future.

Colleague Aaron Fetters, who directs the Kellogg Insights and Analytics Solution Center, says, “Bob has always been as single-mindedly focused on driving success as anyone I know.”

Arnold remains low-key and humble about the strides the company has made. “I don’t feel like we’re that aggressive,” he says. “Going back to our measurement framework — that’s what we lean on.” He says Kellogg doesn’t take “unnecessary risks” and is “disciplined.” Make those pointers four and five.