Dad, What Did You Do To My iPhone? A Small 5C Adventure 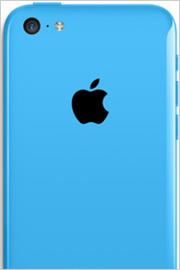 The mood at my local Apple store this weekend was more subdued than in previous iPhone release weekends. It was evening on Saturday, so whatever throngs of iPhone 5S seekers may have been present on Friday and that morning were long gone. The mall cops were still hanging at the front door, always a marker of an Apple event. The store was actually thinly populated for a weekend at this usually bustling outlet. In fact, I daresay the nearby Microsoft Store was about as popular.

Still, I think a lot of us were taken aback by the surprise resurgence in Apple lust this Friday. Who would have thought record lines would form for a slab of gold phone and a fingerprint sensor after the year-long brand drubbing Apple has endured?

I, for one, am just too old for an Apple lineup. My 5S is on its way by Fedex. But I did happen to need a 5C for my daughter this time around at the Apple Store. The WiFi on her iPhone 4S has been degrading steadily for months until its connectivity and speed finally crashed and burned a month or two ago. I was already getting regular warnings of her approaching her data limit each month because of her leaning on the 3G network too often. So I asked the unoccupied Apple worker (I refuse to call them “geniuses” any longer) if 5Cs were available, and her eyes lit up to say "yes" excitedly, as if she couldn’t wait to unload one of these things. Honestly, consumer interest around the multicolored 5C table was especially thin.

It turns out they had 16Gig models in all colors on hand, so I called my daughter to see what color she wanted. Once she stopped squealing at the prospect of getting a new iPhone and ordered a blue model, we finished the deal.

“Now how do I activate this when I get this home to her?” I asked.

“It is already activated. It happens when the order completes.”

“Wait a sec, you mean we just killed her old phone?”

I hadn’t seen that one coming. So in an act of reverse-parenting I just bricked my daughter’s iPhone on a night of thunderstorms and not knowing precisely where she was at the time. Worse, I had no way of communicating with her to let her know what had happened or to come get the new phone as soon as possible.

“Stop fretting,” my wife poked. She loves it when I get overwrought about my daughter. It satisfies her on several levels at once. It reiterates my supposed caring nature, which she finds endearing about me. At the same time she gets to scold that I am being at once overprotective and overindulgent (it’s a two-fer for her) of my 21 year-old daughter who “got along just fine for years without a cell phone.” “We all did,” she adds, to get in a twist of Luddite-ism. It was a good night for her all together.

So I am looking for a path of communication, not knowing exactly where she was and knowing that her voice and SMS are cut off. I send an email, hoping that she is near her laptop. No reply.

As my wife drives home through the dark and stormy night, I get a Facetime call coming in from my daughter. Huh? How is she managing to call me on her account without her phone?

“Hey,” she says, coughing and wheezing through a bad-sounding head cold. “What did you do?”

“You may have noticed something happened with your phone.”

“Yeah, I figured you had something to do with this. It just stopped getting service all of a sudden.”

I explained what happened and that the new phone was activated.

Her first question was, “Did I get any messages?”

“How are you calling me?”

“I have my iPad and knew I could get to you through Facetime over Wifi.”

Excellent. The girl makes me proud. And as I expected, my daughter being severed from her main lifeline of human communication with much of the world was no match for head cold, thunderstorms or the threat of looming tests in most of her college classes.

“I will be right there,” she said. Indeed, I rarely recall her making her way home this quickly…ever.

As it turns out, the 5C is a solid and otherwise unremarkable iPhone. The candy-colored coating doesn’t strike me as any kind of uber-plastic, but there is nothing cheap about its look and feel. The upgraded WiFi is actually one of the most noticeable boosts. Leveraging the 802.11AC router in our house, we clocked download speeds to her phone that pretty much equaled what we get from the hard line direct from the modem. In other words, it is as fast a floor away from the router as the bandwidth to the house itself.

Which is good -- because as everyone in the family has been upgrading to 3G and LTE phones now, the wireless data usage is climbing noticeably. I am getting regular warnings from AT&T that both wife and daughter are nearing their plan minutes. Data is about to become the new currency.