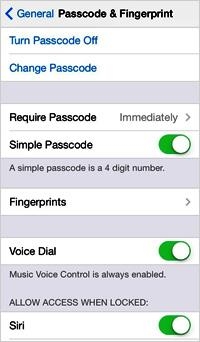 Is mobile purchasing on the verge of becoming too easy?

I’ve been heavily leaning on the fingerprint scanner of my new iPhone 5s the last couple of days to see how accurate and consistent it is.

As it turns out, it’s remarkably consistent in quickly reading the prints from the thumbs and fingers I programmed in.

It strikes me that the identification and approval is so fast and accurate that there could be some implications for mobile payments.

Many have been striving for the one-touch buy as the Holy Grail of friction-free mobile commerce.

As most phone users in the in the U.S., I’ve rarely used the four-character pin security option in my iPhone or Android phones.

During a trip to China, I noticed that most everyone uses the security code each and every time they use their phone. I was told that phone theft, especially iPhones that cost upwards of $950, was very high so people very naturally lock their phones.

Since having the fingerprint scanning phone, I’ve quickly become accustomed to holding my thumb on the home screen button for the quick identification. I’m now always using the security feature of the phone.

When this type of easy-ID technology becomes incorporated into mobile payments, the actual purchase can become lightning fast.

We’ll have to see if it actually becomes too fast. An impulse purchase could be made so quickly that there may be no time for a second guess.

For example, with a credit card, there’s the swipe and then often that moment before signing that you really are charging something.

With the one-touch fingerprint scan, the transaction could be done. Over. Gone. Charged.

Then again, the iPhone fingerprint scan also may become an initial novelty that once turned off is completely forgotten.

But it sure does make authorization easy.