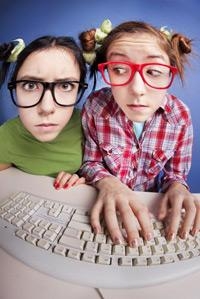 Until now, Facebook had barred users between the ages of 13 and 17 from sharing updates beyond their extended network—their friends, or friends of friends. When teens join Facebook, they’ll have stronger privacy protection by default, with posts limited only to friends. But they’ll be able to change the initial settings to make information available to the general public.

A Piper Jaffray study last week suggested teens slightly prefer Twitter to Facebook. During Facebook’s second-quarter conference call in July, CEO Mark Zuckerberg went out of his way to note that the number of U.S. teens using Facebook, on both a daily and monthly basis, remained steady over the last year and a half. Teens’ engagement on Facebook and Instagram combined was growing.

Facebook described teens in its announcement as “among the savviest people using social media,  and whether it comes to civic engagement, activism, or their thoughts on a new movie, they want to be heard.” Even so, the social network said it would show teens an extra reminder before they can share posts publicly.

When a teen users chooses “Public” in the audience selector, they’ll see a notice that the post can be seen by anyone, not just people they know, with an option to change the individual post’s privacy setting.

Besides making posts public, Facebook said teens can now also turn on the Follow option for their accounts, allowing people who aren’t their friends to see their public posts in their news feed. That could open the door to teen musicians or celebrities using Facebook to expand their audience.

A Pew Research Center report in August showed 94% of teens who have social networking accounts have Facebook accounts. But it also dispelled the notion that teens are indifferent to privacy, with 70% having at some point asked for advice on how to limit who can see their posts and photos.

Facebook did not indicate how many of its 1.15 billion users would be affected by the policy changes that began rolling out today.