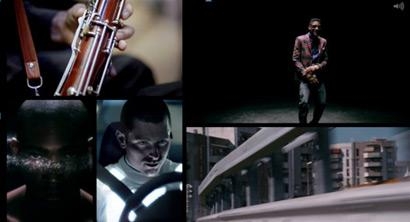 Among the many behaviors adopted by the masses from the democratization of technologies is sound and video remixing.  Remixing of old school tracks by DJs, new artists and remixers has given new life to many of our most cherished songs  -- albeit in bits and pieces -- sometimes paid for, other times buried in the mixes of the pop dub scientists of our age.

Concurrently, as YouTube became the channel through which many nascent video remixers surfaced their work and attempted to get noticed, several emerged whose ability to remix both audio and video in creative and fresh ways have captured the attention of the masses (POGO is one of my personal favorites, with 9 million+ views.)

It was just a matter of time before brand marketers sat up and listened, such as Mercedes Benz UK and its Sound With Power campaign, which demonstrates the power of the new E63 AMG engine by tapping into consumers’ penchant for audio/video remixing. Consumers can share their own music and picture mashup using clips and samples from English rapper and remix artist Tinie Tempah, as well as English electronic music producer Sub Focus, right along with the throttling engine of the new Mercedes E63 AMG.  Try it for yourself here.

This is where media creativity -- leveraging the media channel’s base behavior to reinforce a product’s point of difference -- really shines.  There’s not as many remix options as other brands have offered in the past around just music and sound, but from a synchronous audio and video perspective, Sound With Power gives younger, potential Mercedes owners the opportunity to “feel the thrill” through their connected senses of the AMG’s quite vocal engine.  While many automotive critics have framed the engine’s not so purring sound as a loud negative for the car, here the agency has used media creativity and technology to cleverly turned that negative into a positive, leveraging the popularity of making the thrill of acceleration your own: mashable, remixable and sharable.  Gentlemen, remix your engines.