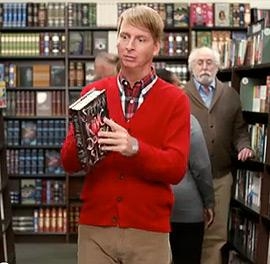 Both Barnes & Noble and Books-A-Million posted a quarterly decline in sales, but say they are well positioned for the critical holiday quarter.

Barnes & Noble says revenues for its fiscal second quarter slumped 8% to $1.7 billion, below industry expectations. Consolidated net income rose to $13.2 million, compared to $500,000 a year ago.

The company says it is counting on “the right merchandise” and its new multimillion-dollar ad campaign to drive traffic and sales in the coming holiday months, but is still predicting a decline in comparable-store sales in the high single digits for the full year.

By segment, it says sales in its retail division -- which consists of the Barnes & Noble bookstores and BN.com -- saw quarterly revenues fall 7.5% to $921 million, in line with its expectations. Sales in what it calls its “core” comparable book stores, which exclude the sales of Nook products, dropped 3.7%, which it attributes both to decreased foot traffic and tough comparisons to last year's blockbuster Fifty Shades of Grey trilogy.

Still, the company describes the results as an improvement from the first half of the year, and says “comparable-store sales improved throughout the quarter. We are encouraged by the book and merchandise lineup as we prepare for the holiday season.”