TV's Biggest Disappointments (And Annoyances) In 2013 - Part One 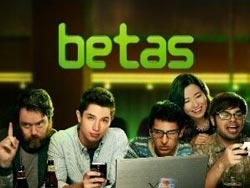 The Grinch is here! I held him off for as long as possible so as not to compromise the happiness of the holiday season, but now that Christmas has passed it’s time for a look back on television’s biggest disappointments and annoyances during the last twelve months. I’ll save the celebration of the year’s best for next week when we ring in the New Year.

Let’s begin with the newest players in the television business, those streaming services that have dominated water cooler conversation and social media chatter this year with their acclaimed new entries into original “television” production. Everyone is raving about what they do best, but if they are going to play in this game they need to be prepared for equal helpings of criticism. Here we go:

All Those Commercials on HuluPlus. Maybe it was okay for HuluPlus to force its subscribers to sit through so many commercials when it was the only streaming service that mattered. But now that Netflix is emerging as the brightest star in this arena, not only because it launched two masterful new original series this year but because it is commercial free, its’ primary competitor isn’t looking so good. Indeed, an evening spent watching television series old or new on HuluPlus can be an excruciating experience. It doesn’t help that so many of the commercials look so cheap, or that they often repeat several times during a half hour. I could see lumping commercials together at the beginning and end of a program, or assigning single sponsors to individual episodes. But if I had to choose where to spend my streaming dollars I would certainly go with the commercial-free pleasure to be had watching Netflix or Amazon, which cost roughly the same as HuluPlus. Granted, there is a wealth of terrific programs available on HuluPlus (and its free sibling Hulu), but it’s difficult to enjoy them with all those interruptions, especially when one is so used to watching television via DVR.

Every Netflix Original Series Except “House of Cards” and “Orange is the New Black” (and Maybe “Arrested Development”). For all the fuss about Netflix’s bold moves this year into original programming, it’s easy to forget that it delivered a couple of duds along the way, including the incomprehensible (and never scary) horror mish-mash “Hemlock Grove” (which was so bland it doesn’t even qualify as camp) and the sweetly heartfelt but not very entertaining Ricky Gervais dramedy “Derek.” (“Derek” wasn’t terrible, but it doesn’t strike me as the kind of series that would motivate people to subscribe to a streaming service.) As for the much talked about fourth season of “Arrested Development,” the performances were as delightful as they had been throughout seasons one, two and three (years ago on Fox) but the show itself (which was reformatted to largely focus on one character per episode) was something of a chore to sit through. I’m told it plays better with a second viewing of the entire season, but I won’t be doing that anytime soon.

The First New Series on Amazon Prime. Amazon plunged into the world of original programming with two new comedies that weren’t very funny at all. The first was “Alpha House,” an uncommonly ambitious, handsomely produced and totally boring show about four Republican senators who share a townhouse in D.C. Then came “Betas,” a series so charmless and laugh-free it made “Alpha” look grand. “Betas” was about a group of digitally driven young people working at a Silicon Valley start up. Not even multiple f-bombs, occasional sex scenes and flashes of nudity could bring it to life. Maybe Amazon needs to rethink its approach to series development: Earlier this year it posted several pilots for potential new shows on its site and let its users decide which ones should go forward. I would have preferred “Zombieland the Series” over either of these.

Binge-Mania. Its fine to binge one’s way through a television series that has completed its run. It makes sense to binge on past seasons of a great show that is still in first run so that one may catch up to the moment and enjoy additional original episodes as they premiere. But binging one’s way through brand new series, especially shows as compelling as Netflix’s “House of Cards” and “Orange is the New Black,” does have its drawbacks. People tend to tackle these series as thirteen-hour movies, only to feel a profound letdown of sorts when they finish, because then they have to wait another year until the next episode dump, to use an accurate if unfortunate term. What’s the rush, everybody? Whatever happened to living with and savoring a show? Yes, it was kind of cool that so many people binge-watched the first 4 ½ seasons of AMC’s “Breaking Bad” and were then able to fully enjoy its final eight episodes (arguably the best final eight episodes of any television series in the history of the medium). But when “Bad” was done I realized how fortunate I had been to live with it, enjoy it, think about it and talk about it for five years. I miss it bad.

d
tv
2 comments about "TV's Biggest Disappointments (And Annoyances) In 2013 - Part One".
Check to receive email when comments are posted.
Read more comments >
Next story loading