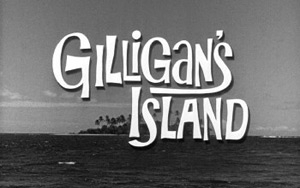 The recent surge in popularity of nostalgia networks Antenna TV, Me-TV, Cosi TV and This TV -- not to mention the ongoing appeal of TV Land, Nick at Nite and the occasional classic programming of yesteryear on such networks as Syfy (“The Twilight Zone”) and Encore Suspense (“The Alfred Hitchcock Hour”) -- has brought the past into the present as never before. All of television is now with us all of the time -- and presumably, always will be.

This new retro-reality made news of the passing late last week of “Gilligan's Island” star Russell Johnson and “The Partridge Family” star Dave Madden resonate even more than it might have years ago. They are not just beloved actors from the shows of our long-ago youth -- “our” being defined here as those of us who fall within the baby boomer, baby buster or “me” generations. These days, they are featured players in shows that are perpetually finding new generations of young fans.

Perhaps I should qualify that last sentence. Retro shows are becoming popular with young people who are fortunate enough to have parents and other adults in their lives who are making them aware of the entertainment value of classic television. Kids today love those old shows just as much as kids did when they were in first run, but they often need to be coaxed to sample them -- especially if they were filmed in dreaded black and white, a foreign and often off-putting visual for today's digitally dazzled youngsters.

As far as adult tastes and nostalgia are concerned, I'm hardly alone in my appreciation of the ease with which I can now stumble upon TV favorites from the past, which often prove more appealing in the moment than much current television fare. (Most of the great shows featured on retro networks are available on DVD, but how often do people actually pull out discs and watch them?) I think I watched more episodes of “Gilligan's Island” in 2013 than I had since it first aired because Me-TV late last summer began running it in prime time. Every time I channel surfed, there it was.

That's probably the reason why I didn't simply skim over stories about Russell Johnson's passing last Thursday: I only recently had the opportunity to enjoy his most memorable work all over again. His character, Professor Roy Hinckley, who made the lives of his fellow castaways quite a bit easier with his organic inventions, was one of my favorites when I was a kid. (The man could make just about anything out of palm fronds and coconut shells.) Watching him at work a few months ago made it easy to understand why kids thought he was cool.

Admittedly, the Professor and the other castaways had receded into the far corners of my mind until Me-TV put them back in prime time. I had forgotten that he wasn't even included in the opening credits of “Gilligan's Island” or referenced in that iconic opening theme song during the show's first season (which was filmed in black and white). Mary Ann Summers (Dawn Wells) wasn't mentioned, either. Those oversights were addressed in season two (when the show was shot in color).

As for Dave Madden, many of us will never forget his comic portrayal of Reuben Kincaid, the put-upon manager of the title band in the iconic early Seventies sitcom “The Partridge Family.” This show was another big deal for kids and teens when it was first televised, and it instantly transformed unknown series lead David Cassidy into an international superstar.

When I think of the Partridges I don't simply think about their show. I think of ABC's entire Friday night lineup from 1971-73 – arguably the second best full evening lineup ever after the unmatchable CBS’ Saturday night schedule of 1973-74, which consisted of “All in the Family,” “M*A*S*H,” “The Mary Tyler Moore Show,” “The Bob Newhart Show” and “The Carol Burnett Show.” The super-fantastic Friday night lineup ABC offered from 1971-73 included “The Brady Bunch,” “The Partridge Family,” “Room 222,” “The Odd Couple” and “Love American Style.”

As I write this column I am reminded all over again of how skilled the broadcast networks were in the ‘50s, ‘60s and the first half of the ‘70s at developing programming that targeted and genuinely appealed to children, teens and tweens -- all of it programming that parents could watch with their kids without losing brain cells, but also that parents could leave their kids alone in a room with unconcerned about what they were being exposed to. Today it falls to Disney Channel and Nickelodeon to provide such stuff, but in general they don't do nearly as impressive a job of it as the broadcasters of old. Present-day “kid” shows are so juvenile I don't think it's possible for a grown-up to sit through a single episode of any of them.