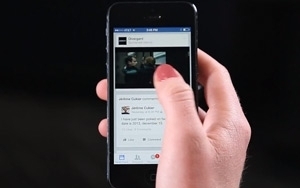 Just in time for the Newfronts, Facebook is expanding its video advertising program and adding some very TV-like targeting tools. The social giant began testing video ads last December and has since been working with select brands to increase engagement levels.

Furthering these efforts, Facebook just added a reach and frequency capability, which it says can predict and deliver a campaign’s total audience reach -- and the number of times ads are seen -- with 99% accuracy. In addition, Facebook is now giving brands the ability to daypart ads, so they can choose specific time periods for their spots to run.

Appealing directly to deep-pocketed TV buyers, Facebook’s 15-second video ads are bought based on targeted gross rating points, the delivery of which is measured by Nielsen Online Campaign Ratings.

“Advertisers only pay based on what Nielsen OCR measures,” Susan Buckner, a product marketing manager at Facebook, promised in a Thursday blog post.

For quality control purposes, Facebook is relying on analytics firm Ace Metrix to help review and assess the engagement potential of individual ads before they appear to users.

“Ace Metrix will allow us to objectively measure the creative quality of the video in the Facebook environment and highlight performance indicators for advertisers, such as watchability, meaningfulness and emotional resonance,” according to Buckner.

Facebook is not dishing on ad partners, but streaming spots for “Divergent” -- the latest teen-targeted franchise from Lionsgate and Summit Entertainment -- have been appearing in users’ News Feeds since late last year. Ads featuring additional brands are expected to begin appearing throughout the spring.

The video ads start playing automatically, but without sound, and then stop once people scroll past them. If mobile users tap the ads on their screens, they expand into a full-screen view and audio kicks in.

Since word got out about Facebook’s video advertising ambitions, the auto-play format has been the subject of much debate and derision.

Yet as a video platform, Facebook has never been more popular. In fact, while overall video consumption in the U.S. declined by 3% in January, Facebook saw its share of video viewing jump by 33%.

That’s what the investment analysts at Sterne Agee recently gleaned from comScore data, which also revealed that the time Facebook users spent with streaming media was up 67% per user and a whopping 79% overall.

“While these numbers do not include any advertising video, the surge in video consumption on Facebook bodes well for the ongoing rollout of their video advertising product,” Sterne Agee said in a research note.

For many marketers, the combination of Facebook and video are a match made in heaven. Indeed, in a report released late last year by RealSEO, 86.8% of marketers said they used Facebook to distribute branded videos -- less than the 94.1% who reported using YouTube, but more than the 69.9% who reported relying on Twitter to share videos.