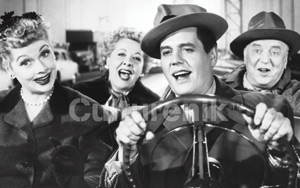 Here is another good reason we want you and your fellow drivers to keep the damn windows rolled up. Most of you are singing along to your radio or MP3s.

According to a survey of over 2,000 motorists in late 2013 by automotive marketing firm DMEautomotive, 56% of drivers say that singing out loud in their cars is an even more common activity for them than being on the phone with someone else.

And I don’t need survey data to say confidently -- you don’t have a good singing voice. Please keep the windows up.

Your fellow drivers thank you.

The study released in conjunction with Collision Awareness Month (do we get a day off work for that?) did find that among the five multitasks performed by most of us in the car, three of them involve the cell phone. Half of us engage in talking with someone on the phone, which is tied with eating while driving. But then -- more than a quarter of us are trying to read a text while driving (26%) and a fifth are trying to send a text.

Drivers under the age of 35 are twice as likely to engage in texting while driving than older drivers. And the stranger in-car activities like changing clothes and flossing reach into the double digits among the under 35 set.

Suddenly hearing your neighboring driver belt out “Janie’s Got A Gun” or “Personal Jesus” seems more inviting, doesn’t it?

Distracted driving is a tough phenomenon to track with any precision. Even the National Highway Traffic and Safety Administration admits it is still tuning the way it captures and defines the category. Car fatalities were up in 2012 by 6.4%, the NHTSA found. Deaths associated with distracted driving actually were down slightly to 3,328, with 421,000 estimated injured, up 9%. The government organization does identify texting and using a phone in any way as leading sources of in-car distraction, but eating is also among the top sources.

By the way, the NHTSA includes “grooming” in the car among the top multitasks driving us to distraction. People -- especially younger, endemic multitaskers -- are “treating their cars as an extension of their home/bathroom,” says Dr. Mary Sheridan, Manager of Research and Analytics for DMEautomotive. In fact, small but significant percentages of people admit to taking photos, reading email, watching video in the car. But putting on makeup and even flossing and brushing teeth pop up in the survey.

Tempting as it may be to hide the impact of smartphones on distracted driving in among others like eating (and flossing!), it would be a mistake for the industry to do so. Car manufacturers are meeting the prospect of in-car communications and infotainment with much the same understandable reticence as the carriers met mobile advertising with in 2006. The stewards do not want to be seen as muddying core American experiences, whatever the incremental value may be to their businesses. The last thing a car brand needs is for research to show their tricked-out connected car model tops the list for distracted driving accidents. Keeping it safe is job one now.

And data gathering being as precise as it is, no third-party in-car network, let alone advertiser, wants a news story revealing that a pop-up offer on the dashboard preceded a five-car pileup on I-95.

At the same time, carmakers are in a position to make safer activities that Americans are going to pursue no matter how many PSAs we throw at it.

Or they could all do with us what every parent learns to do with children engaged in a dangerous activity -- redirect them.

In-car infotainment could channel that multitasking impulse toward safer behaviors.