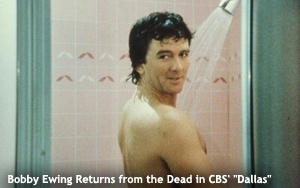 The enormous media coverage of Sunday night’s heart-stopping episode of CBS’ “The Good Wife” in which one of its main characters, Attorney Will Gardner, was suddenly shot to death got me to thinking about the last time a surprise story turn on a broadcast drama had such a widespread impact on viewers and industry observers alike.

Some folks might assert that ABC’s “Scandal” packs similar galvanizing punches on a steady basis. Make of that what you will, but “Scandal” seemingly exists to startle viewers in every episode. That is certainly entertaining in its own way, but it tends to dilute any shock value that its story lines strive to offer.

For me, the two broadcast drama episodes that featured the biggest surprises were the March 21, 1991 installment of NBC’s “LA Law” in which cutthroat attorney Rosalind Shays stepped into an empty elevator shaft and plummeted to her death and the May 16, 1986 Season Nine finale of CBS’ “Dallas” in which Bobby Ewing, whom viewers saw die one year earlier, was discovered soaping up in the shower by his puzzled wife Pam. She was greeted by her presumed dead husband with a cheerful “Good morning!”

I’m tempted to include the off-screen death of Col. Henry Blake (McLean Stevenson) on the March 18, 1975 episode of CBS’ “M*A*S*H,” which was the first sudden shocking end of a primary character on a television series, but that happened on a show categorized as a comedy, even though it was often more dramatically powerful than most dramas then or now. Also, it was widely known that the episode -- the third season finale -- marked Stevenson’s last on “M*A*S*H,” so viewers kind of knew that something unusual might happen.

Shays’ demise floored everyone, given that she had been a crucial character on “LA Law” for several seasons. Nobody knew it was coming, but the shock quickly passed. In hindsight, the return of Bobby Ewing may have been the first big “WTF” moment in broadcast history. The most fascinating things about Bobby’s return at the time were the absolute secrecy with which it was orchestrated and the fact that the details of the character’s mysterious reappearance somehow did not leak out between that season finale and the fall premiere that followed five months later.

In its own way, the explanation of Bobby’s return -- that the entire terrible ninth season of “Dallas” had been one long nightmarish dream of Pam’s -- was as mammoth a secret as the identity of the person who years earlier on the same series had gunned down Bobby’s brother J.R. The latter made for a historic cliffhanger that is still regarded as the biggest in broadcast history. Despite a worldwide obsession that began in March 21, 1980 and carried over until the night of November 21, 1980, when viewers learned that Sue Ellen Ewing’s sister Kristin Shepard had done the deed, CBS somehow kept the identity of J.R.’s assailant a complete secret during that time.

Some people might dismiss such well-done secret keeping as an easy thing to do before digital technology came along. But they are forgetting the formidable power at the time of such tabloids as the National Enquirer and the Star. They had spies everywhere in Hollywood … and they kept their newsstand sales strong by constantly featuring stars and story spoilers from “Dallas” and “Dynasty” on their covers, which tens of millions of people would see in supermarkets and elsewhere.

Will Gardner’s shocking demise on “The Good Wife” may not have had as broad an impact as Bobby Ewing’s appearance in the shower, or Kristin Shepard admitting that she shot J.R., or Rosalind Shays plunging to her sudden death, or any number of long-ago drama series twists and turns. What it makes it so special right now is that it was a major development on a high-profile broadcast series that was executed and presented in a manner that somehow avoided detection by reporters, bloggers and tweeters alike.

And speaking of Twitter, what a shame that people in other time zones who were multitasking while watching “The Good Wife” were clued in that something major was going to happen -- or had the surprise spoiled by ruinous tweets. Maybe it isn’t always a good thing to merge Twitter with TV watching.