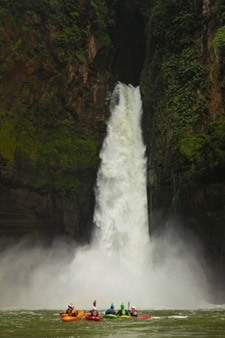 The realization came, as realizations tend to do, at a Billy Joel concert. It was Friday night around 10:20 p.m. and I found myself gently bobbing my head to the faux-Diddley backbeat of an aggressively inoffensive rendition of “Don’t Ask Me Why.” As I looked at the crowd around me, which was so demographically uniform as to make a typical Nantucket clambake look like a convocation of tribal leaders, the truth hit me like a hammer: I am old and lame, yet quite content in my oldness and lameosity. Did I unwittingly stumble upon a rite of passage? I was told there would be popcorn.

Thus it’s high time to out myself as a middle-aged suburban dude, and to embrace the patriarchal symbologies and post-colonial norms that have historically guided my kind. The imminent midlife crisis should work out well for you, dear reader-type person: Now that I have arrived at a state of accurate self-regard, Video Critique can be recast as an oasis of blithe familiarity in the desert of scary new things. Expect lots of Levi’s, Burger King and Dave Winfield in the weeks ahead.

Today, however, I present for your consideration a brand that straddles the line between young and old, between passionate exuberance and tick-tock-tick-tock-people-time’s-ticking-away: Red Bull, which has embraced video as smartly and enthusiastically as any major-league brand on the planet. People of my generation (the non-coffee-achiever division, that is) dig Red Bull because it keeps us awake and because we have fond memories of New Year’s Eve 2001, when its powers as a mixer/stimulant were at their peak. Younger folks dig Red Bull, perhaps, because it’s the sole energy drink brand that doesn’t yell, bluster or otherwise fall over itself to get their attention.

Take Red Bull’s latest video foray, “First Descent: Michoacán,” as a prime example. The five-part series, which debuted earlier this month, features nary a can of Red Bull, much less footage of one of the adventure-dude protagonists taking a swig and proclaiming their newfound openness to experiences one might characterize as X-TREME!!!! No, this brand video series has the confidence - the nerve, really - to focus on the task at hand: a kayaking walkabout (boatabout? oarabout?) in the wilds of Western Mexico. The content is all about the content.

And that content is presented with as much care and technical sophistication as anything one might see on the Discovery Channel. Red Bull Media House, which produced the series in concert with Univision, seems to understand what few other brand-video production shops do: that viewers, particularly younger ones, are conditioned to expect an advanced degree of quality. Frankly, it’s a waste to watch “First Descent” on your computer or tablet; the brilliant colors and panoramas are diminished on anything smaller than a 40-inch screen.

The quality is high, the pacing is brisk and the brand-messaging is subtle. Why, then, doesn’t “First Descent” engage me at all?

I think it’s because the featured kayakers aren’t idiots. Say what you want about the casts of 97.5 percent of all reality series (both real-real and contrived-real), but they’re generally populated with personalities you want to hug, lecture, defend, disown or taser. By comparison, the members of the six-man “Descent” crew come across as decent and personally accountable - which is to say, bone dull.

In the second installment of the series, one of the cameramen takes a nasty fall and injures his leg. What do the kayakers do? They splint his leg and get him to the hospital ASAP - in short, they react the way responsible human beings would. If this happened on, say, “The Real World,” the gang would drag the afflicted dude, tripartite tibia and all, to a tattoo parlor, whereupon he’d be engraved with a misspelled version of his girlfriend’s name. Guess which approach makes for more interesting viewing?

Maybe it’s just bad luck: When the “First Decent” crew encounters the supposedly shady local police, nothing interesting happens. One of the kayakers, in fact, describes the officers as “super helpful.” Again: good for the kayakers, bad for us.

That’s the catch with series of this nature. Very, very few brands are about to open their arms to booze-soaked louts prone to spasms of accidental stupidity. But without protagonists who can make viewers feel something, these series can only generate so many sparks.

In the first three episodes of “First Descent,” there’s but a single scene in which the participants attempt to flash some personality. In a short segment that might as well have “participants attempt to flash some personality!” embedded in big red letters at the bottom of the screen, two of the kayakers jokingly attempt to blend in with their surroundings by donning bushy fake mustaches and colorful Mexico pullovers. It plays out as irrelevant, distracting and a teensy eensy bit offensive at the same time, which is quite the brand-video trifecta.

The inclusion of this sequence - the only one, it should be noted, in which the kayakers seem ill at ease - suggests that somebody on the “First Descent” production team saw a need to inject some levity into the proceedings. That wasn’t the wisest decision. It’s better to be pretty and dull than pretty, dull and contrived. Faced with a no-win situation, “First Descent” should’ve stuck to the scenery.