This Megabyte Is Brought to You By: Consumers Ready For Sponsored Data? 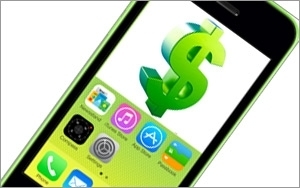 The quest for sponsor-underwritten calling and data plans has been with us as long as have outrageous cellular bills and especially cash-strapped youth. There have been three or four schemes I have covered over the year that sought to trade ad views for minutes and megabytes. Some even more ambitious projects like the early 3G, video-centric MVNO Ampd had advertising baked into the model. And arguably we have already seen the ad-supported communications model flourish in VoIP services and the messaging apps.

But as 4G networks get many of us addicted to rich media and speed, the text message or email about nearing your data limit has become all too familiar to many of us. In a survey of 1,000 U.S. smartphone users by Wakefield Research on behalf of Citrix, 82% say they are aware of and fear that their app usage impacts the monthly data limit and have avoided using an app because of this. iPhone owners are even more concerned than Android owners.

For video consumers the caps are real, with a clear majority of those who have viewed at least one mobile stream in a month saying they have passed their monthly package. Only 36% of those who watch fewer than a clip a month have exceeded their limit. Still, that latter figure is perhaps even more revealing. If even more than a third of non-video users are being charged overages, then the issue is a greater quiet concern than many of us expect.

And not surprisingly, parents are among the most aware of data limits. Almost three-quarters (72%) of respondents with children say they have exceeded the data limit.

And so the prospect of the sponsored plan has become plausible as a way to feed the media addiction. The survey asked specifically about content providers' underwriting data, and 71% of men and 62% of women admitted they would use more content if the data were underwritten. Younger smartphone owners were much more likely to be in favor of the idea, with 78% of millennials open to the sponsored plan model, compared to 52% of boomers.

AT&T already has a “Sponsored Data” plan in place for content providers. It is leveraged less as a formal plan direct to users than as a tag or ads that assures the user that consuming the ad does not impact their data limit.

There is great concern for the many possible flavors of a sponsored data scenario, partly because it raises some of the same issues as Net neutrality. The AT&T model for now appears to be restricted to specific ads, not to sponsorships of entire app experiences, so it is hard to argue that specific vendors or services are being privileged over others on the network. Still, any implementation of a sponsorship model is clearly going to raise regulatory interest. This isn’t a model that will come through easily.

And of course commissioned studies like this one from Wakefield, via a messaging and collaboration platform like Citrix, is part of the politics of all this. It adds to pressure on carriers and regulators by suggesting that consumers want these sponsorships, although the survey only pursued a narrow option. An alternative would be for carriers to stop baiting and switching consumers with falsely small entry-level data packages pretty much designed to invite overages. We have already seen that T-Mobile is making promotional hay from the prospect of ending overages.

My guess is that the battleground for data will be occupied by carriers jousting over affordability before we see sponsorship models enter the fray. But if the Wakefield/Citrix survey is even half right, it indicates there is consumer sensitivity on the data usage issue and a range of potential openings for marketers in the end.