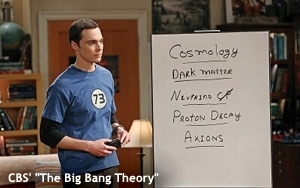 If there is one thing the Upfront and NewFront season has made clear, it’s that many media entities want to become something other than what they are -- or be more than they are already known to be. Plainly, almost every streaming site and significant Internet video provider wants to become some sort of television network or service, which raises giant questions about how much entertainment programming our society needs and how much of it can actually hope to survive, let alone thrive.

Meantime, many networks increasingly want to become producers of non-traditional, short-form video content of some kind or another -- even though the companies that specialize in the latter want to begin doing what the networks do.

The lack of clarity all of this encourages only intensifies as most of the broadcast networks continue to act in increasingly foreign ways, aiming for niche appeal rather than overall strength.

On top of that, they now seem inclined to stick with egregiously underperforming shows that enjoy noteworthy ratings only when DVR playback is factored into their ratings. That’s great for those shows, but not necessarily for advertisers, for obvious reasons. The end result is broadcast schedules that are filled with shows of limited appeal that few people watch.

Still, when it comes to consuming media, there is nothing quite as inviting as a rock-solid broadcaster that remains true to its stated goals and delivers on them with reassuring consistency. That’s one of the reasons why I remain so fond of CBS, and why it should come as no surprise to anyone that the Tiffany Network is once again in the strongest position of any broadcaster heading into the annual media circus known as Upfront Week. It seems to me that when so many other media companies try to expand and diversify and grab a greater share of the available audience for entertainment and information the entity they are all seeking to take on the characteristics of is CBS. But few of them have the knowledge or wisdom to achieve that goal.

In other words, it’s great to see a broadcaster remain true to itself and reap ongoing rewards despite the turbulence swirling all about it. CBS has never held back in its objective to attract as many viewers of all ages as possible. It has stated as its focus adults 25-54 but hasn’t rejected the huge 55-plus audience that it also continues to draw (much of it comprised of millions of people with much disposable income and an interest in continually trying new things). As a result, no network is better positioned to cash in on the aging of the massive Baby Boomer generation. In the meantime, CBS has grown steadily more desirable to viewers under 25, thanks primarily to its sitcom slate. And it doesn’t hurt that CBS is part-owner of youth-targeting The CW (see below).

This year CBS has continued to demonstrate just how strong a focused broadcast network can be, especially with its series. It has the best sitcom in all of television in “The Big Bang Theory,” the best new broadcast series of the season in the sitcom “Mom,” the best drama in all of television in “The Good Wife” (which must after this explosive season now be regarded as one of the best dramas in the history of the medium), the most durable reality series in “Survivor” (which has stayed strong and stable while reality behemoths at every other network have declined), the most honored reality series in “The Amazing Race,” the most successful drama on broadcast television in “NCIS,” and a host of other laudable and successful shows including “NCIS: Los Angeles,” “Criminal Minds,” the apparently unstoppable “CSI: Crime Scene Investigation,” “Person of Interest” (which this season also developed into one of broadcast’s best) and “Elementary” (ditto). Also, the network has done something miraculous on Fridays, often winning that very challenging night with scripted dramas including “Hawaii Five-O” and the underrated “Blue Bloods.”

CBS has also experienced uncommon growth in daytime (especially with “The Young and the Restless” and “The Talk”) and remains a vital player (and one that continues to demand much attention) in late night. (All eyes will be on the arrival of Stephen Colbert next spring.) In addition, it is entering the summer programming arena with great gusto, not by filling it with cheap reality shows and Canadian pick-ups, but by producing scripted series such as “Under the Dome” and “Extant” that are custom designed for escapist summer viewing.

All of this has come about because CBS isn’t afraid to stay strong and remain firm in its convictions.

Meanwhile, The CW has much smaller goals, but in many ways has proven itself just as firm and focused as its giant half-sibling (or co-parent, depending on how one views the CBS-CW relationship). I still don’t understand how shows like “Hart of Dixie” and “Beauty and the Beast” can continue to survive on this network, but maybe that’s because I’m not a teenage girl. The CW has in the last year made quite a bit of noise with “Arrow,” “Reign,” “The Vampire Diaries,” “The 100” and the way-past-its-prime “Supernatural,” as well as the original programs on CW Seed, so it’s clearly doing something right.

I sometimes think that if the San Diego Comic-Con went away The CW might disappear, as well. Just look at the titles above -- plus the upcoming “The Flash,” “iZombie” and “Messengers” -- and see if you don’t disagree. But for now its intoxicating for those of us who consider ourselves genre fans, an audience base that seems to expand with every passing year.

tv
1 comment about "CBS Remains The Broadcaster To Beat In An Ever-Changing Media Landscape ".
Check to receive email when comments are posted.
Next story loading