Three-Way Showdown: 'Dancing with the Stars' Vs. 'The Voice' Vs. 'American Idol' 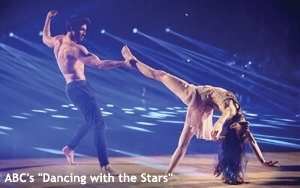 For more than a decade, the final days of the “traditional” broadcast television season -- as well as the final few days of the all-important May sweeps -- have been dominated by two reality series: Fox’s “American Idol” and ABC’s “Dancing with the Stars.” More recently, NBC’s “The Voice” has joined them. The season finales of “Dancing” and “The Voice” have always generated above-average excitement, although they have been tempered somewhat by the fact that there are two cycle finales for each every year, which diffuses the thrill of it all, at least to some extent. The “Idol” finale, up until last season, was one of the biggest television events of the year.

With “Dancing,” the winning couple, as well as the first and second runners-up, can still be counted on to make headlines and remain in the entertainment news for at least a few days after being “honored” with that unapologetically cheesy mirror ball trophy. ABC efficiently moves them through “Jimmy Kimmel Live” on the night of the finale and then flies them across country overnight to appear on “Good Morning America” and “The View” the following morning. In between and all around these obligations, the three couples will do countless interviews with print, online and television press that cover entertainment.

It’s been a decent cycle for “Dancing,” which ends tonight with its usual three-hour extravaganza. In the world at large there seems to be genuine interest in and support for the three remaining couples: Candace Cameron Brue and Mark Ballas (the dancer who during a practice session just a few days ago dislocated his shoulder, which led to much melodrama in the press as to whether or not he could perform on last night’s show), Amy Purdy and Derek Hough and Meryl Davis and Maksim Chmerkovskiy. The accomplishments this season of Purdy, an Olympian and a double amputee, have been awe-inspiring, making her a clear favorite. But there is also significant support for the famously competitive Chmerkovskiy, a long-time dancer on the show who has never been part of a winning duo.

Sadly, the usual end-of-season excitement surrounding these three titans of reality television starts and stops right there. As I sit here writing this column I cannot name any of the singers competing tonight during the three-hour season finale of “The Voice.” It never grabbed me this time around, although I respect the fact that it is still a hot show.

The problem with “The Voice,” other than the fact that most of the heat it generates comes from its judges rather than its contestants, is that regardless of the appeal of those judges the first half of the season (when they choose their teams) remains far more engaging and exciting than the second (when the group of singers comprising all four teams are painfully carved down to three finalists). There’s no way around that, I guess. Will it be Christina Grimmie, Josh Kaufman or Jake Worthington? (Full disclosure: I looked up their names online.) It’s hard to believe viewers really care in the way that they used to care about the outcome of “American Idol” because “The Voice” has a reputation for failing to make stars out of any of its competitors, including its winners. Good luck to Christina, Josh and Jake; may any of you (or all three) be fortunate enough to be remembered two weeks from now.

As for the fast-fading “Idol,” it won’t have “Dancing” or “The Voice” to compete against tomorrow night during its season finale. The other networks used to clear out to avoid the annual “Idol” finale, one of the highest-rated events of the year; but they are now programming against it as if it doesn’t matter at all. NBC and ABC are running fresh episodes of their regular Wednesday night series while CBS is closing its season with the usual three-hour finale of “Survivor.”

“Idol” finalists Caleb Johnson and Jena Irene are both very talented -- and both seem to have built very vocal fan bases even as the show around them continued to fall apart. It couldn’t have been easy for them (or any of the other contestants) to command any attention at all in the blinding starlight cast by judges Keith Urban, Jennifer Lopez and Harry Connick Jr. (This was also a problem for last year’s contestants as they tried to be noticed opposite Nicki Minaj and Mariah Carey -- as if that would be possible for anyone.)

Caleb and Jena will compete one last time tonight. About the best Fox can hope for here is that they siphon enough of the audience away from “Dancing” and “The Voice” to provide a significant lead-in for Fox’s new summer trifle “I Wanna Marry Harry,” which begins at 9 p.m.